Nissan will be bringing its new Sport Sedan concept to the upcoming Detroit Auto Show 2014. This concept, the image of which has been teased, will be showcased on January 13 at the Cobo Centre in Detroit.

Nissan says that it has applied sports car design principles on a sedan and "the Sport Sedan Concept offers an advanced look at a future production sports sedan." 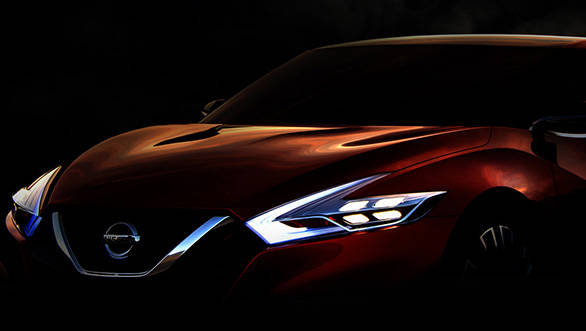 The future production sports sedan is expected to be the next-gen Maxima.

The Sport Sedan concept will be joined by the IDx Freeflow and Nismo concepts. Both these concept were earlier shown at the Tokyo Motor Show 2013.