Shortly after inking a partnership with the Kinetic Group British manufacturer Norton has revealed details of its new, 650cc entry-level motorcycle. The motorcycle will kick off a new family of 650cc parallel-twins and the intent is to launch two scrambler styled motorcycles. There'll be a road biased scrambler and a proper, dual-purpose scrambler, replete with knobby tyres and suspension to ride off-road. Both bikes will get 17-inch wheels at the rear, however, the road focused bike will have an 18-inch front wheel, while the off-road motorcycle will have a 19-inch front wheel. 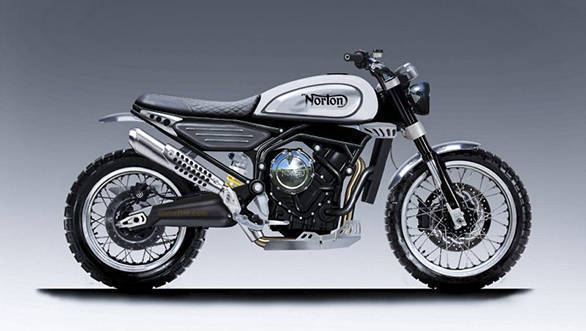 Norton adds that the scramblers will have a steel trellis frame with some bolt-on sections to give the bike more rigidity. The motorcycle will be a proper scrambler with performance that'll be a step above the competition. The aim, says Norton is to make an honest machine, a bike that one can ride in the mud and in case you drop it, be able to pick it up and continue with the ride.

The new 650cc parallel twin is a result of the experience Norton gained while working on the V4 1200 project. Norton says that the engine can tuned to deliver 100PS or 70PS, depending on the type of motorcycle it powers. The scramblers are most likely to get the version that produces 100PS. There'll also be a high performance, 175PS, supercharged version of the 650cc, parallel twin motor. 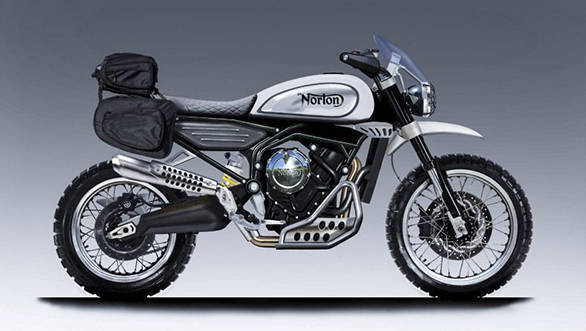 The dual-purpose Norton scrambler will have a bash plate, luggage racks and a bigger, 19-inch front wheel

The company says that the scramblers will be an everyday Norton. It'll have ABS and traction control and other modern bits, wrapped in a design that's characteristic of retro Nortons.