The odd-even traffic restriction rule is back in Delhi for the next fortnight. The plan now is to have this restriction for 15 days every month and once the residents of Delhi get used to it, to make it a permanent rule. Sundays are exempt. 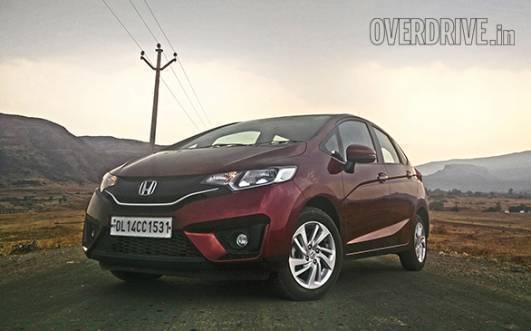 So what is different from the first time this restriction rule was applied in January 2016 to reduce air pollution? All previous exemptions stay and in addition cars with children in school uniforms are exempt. So now we may well have Mummy and Papa asking Muni and Munna, to put on school uniforms 'because it's an odd day today' and we want to go to the mall, or movies or market. It's quite likely this will happen.

To ensure the odd-even rule is followed, the AAP government led by Chief Minister Arvind Kejriwal has decided to put more boots on the ground. The fine for each violation will be Rs 2000 and 2,000 traffic personnel, 580 enforcement officials and over 5,000 civil defense volunteers will be out on the roads ensuring the rule is enforced. The government has also hired 400 ex-servicemen as traffic inspectors.

The last time this rule was enforced the weather was cool. But now temperatures in Delhi are already well over 40 degrees. And it will get hotter. Making people more reluctant to give up the comfort of their air conditioned cars and use public transport. The rise in temperatures will also lead to a rise in tempers and those enforcing this rule can expect some fiery arguments and fights. But what will all this achieve?

The first experience of the odd-even rule clearly established that the pollution levels did not come down but stayed stagnant. Kejriwal himself has admitted that the first attempt didn't achieve its target as it did not lower pollution "As much as expected". But what the CM emphatically states is that the odd-even rule significantly helped reduce traffic congestion in the city.

I will say that full credit is due to CM, Arvind Kejriwal, for taking up the cause of reducing pollution. This needs to be done on a national level, but sadly few others appear concerned with it. While I fully appreciate the cause, I would also like to ask Kejriwal, did you introduce this rule to reduce traffic congestion? Obviously not, it came as a welcome bonus, both to the people and the government. But it did not lower pollution levels. What this clearly establishes is that cars are not the sole culprits for pollution. Two-wheelers also are, but they are still exempt from the odd-even. While it has been mentioned that construction and burning of paddy and garbage are the major causes of pollution, nothing is being done to stop this. As always we are ignoring the real bigger problem and going in for 'high visibility' but 'low effectiveness' solutions.

Same is the case with the Supreme Court ban on diesel cars over 2000 cc. These are cars used by the rich, so they are seen as more polluting than those used by the 'aam aadmi'. Smart Indian manufacturers like Mahindra have been quick to respond by introducing vehicles fitted with 1.9 litre capacity engines. Tata are also set to do the same soon. These manufacturers have been operating since the time of the 'license raj', and are familiar with how to find loopholes in the rules. It will not take foreign manufacturers long to follow suit. So what next, a ban on cars with 1.8 litre engines. This can go on and on.

So what is the solution? Everyone knows. But we will still not implement such solutions. Better public transport. Ban burning of garbage and paddy fields. And strictly enforce this. Restrict and eliminate all construction dust. Improve fuel quality. Bring in stricter emission norms. Not just for cars, but for all vehicles moving on Indian roads. Two-wheelers, three wheelers, small and big trucks, buses and anything that moves by burning fossil fuels. Even those that do not move, like generators. We must also inculcate love for nature in everyone and substantially increase our green cover. Development is not just building malls or factories, but also saving forests and improving the quality or air, water and food. Lots can be done if our government and politicians want to. But will they do it? You know the answer just as well as I do. Bharat Mata ki Jai.