I was very pleased a few months back, when Isuzu launched the D-Max V-Cross twin cab pick-up. Recently I got the opportunity to drive it, and it evoked a lot of nostalgia and brought back wonderful memories of the Isuzu Challenge Off-Road Expedition that was held in India in 2001.

Like the legendary Camel Trophy events, the Isuzu Challenge was one of the world's most gruelling and challenging off-road events. It was held in June 2001, and I was invited to participate and lead 'Team India'. My team-mates were my dear friends Suvir Mirchandani and Sardar Kishie Singh. The event was flagged off from the banks of the holy River Ganga in Rishikesh and made its way high into the Himalayas. 18 teams from all over the world driving heavily modified Isuzu Troopers and Ippon pick-ups, ventured off-road into a region that challenges your spirit and numbs your mind with its undisturbed solitude and raw beauty. 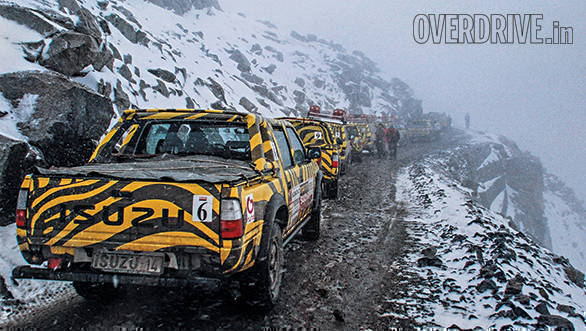 The participants drove to the highest motorable roads in the world, climbing through daunting mountain ranges beyond which only the vast expanse of the deepest blue skies is visible. We went over many passes and also to some high altitude deserts that are above the tree line and completely at the mercy of mother nature. When she got angry, you had cold and fast winds, dust storms, blizzards and landslides. When she was calm, we had the clearest skies and most wonderful sights. 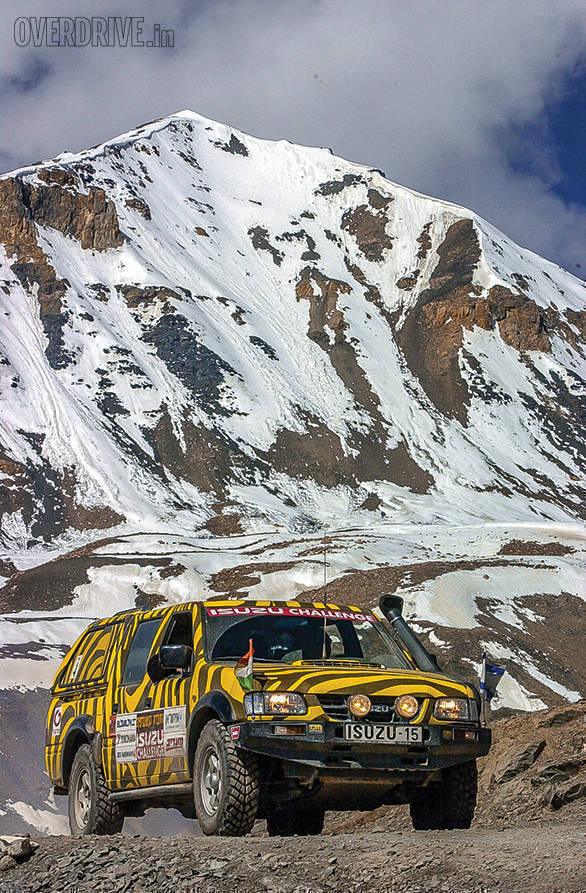 Team India was allotted a pick-up with competition number 6. This was one of the few pick-ups in the event that had no cover over the pick-up bed. So we did some Indian 'jugaad' and managed to wrap some tarpaulin over it to protect our stuff from snow and dust, both of which we encountered in large quantities. Each vehicle was outfitted with off-road tyres, snorkels, bull bars, winches, skidplates, nerf bars, fuel cans and recovery gear and oxygen tanks. 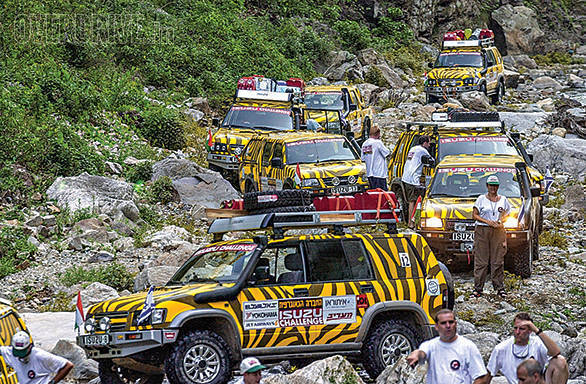 The participants of the 18-day-long expedition also had to overcome the challenge of heights, and many suffered from acute mountain sickness and had to be given oxygen. Other than in places like Manali and Leh, where we stayed in hotels, we camped and slept besides our vehicles and often even cooked our own meals. The Isuzu pick-up became our home on wheels, and I even used the outside rear-view mirror to shave! Being the only participant (of 50!) to have driven single-handedly from start to finish, I developed a very special bond with pick-up number 6. 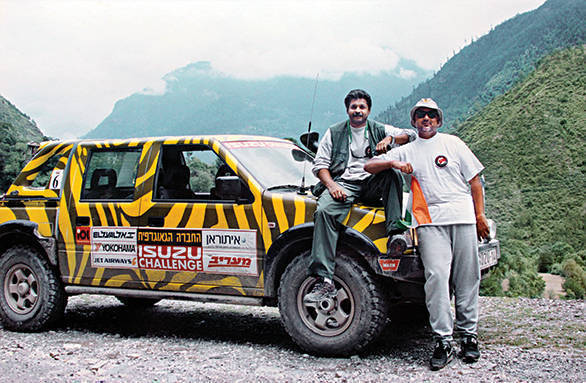 It took everything in its stride and inspired huge confidence. While other vehicles needed some repairs or attention, our pick-up simply sailed through everything. One of the personal highlights was visiting the war memorial at the battlefield of Chushul as we were the first civilians and foreigners allowed there. The Isuzu Challenge 2001 was an extreme test for both man and machine, and I am so glad I was part of it. 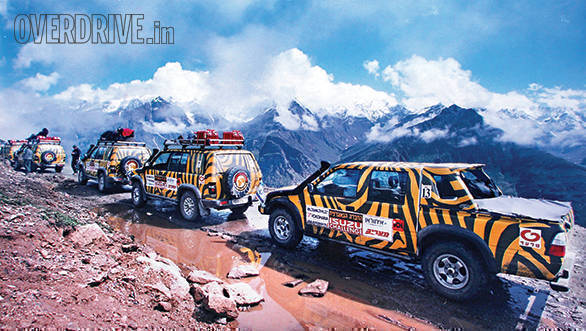