On results, respect, and responsibility

For me, like for so many of you, there are two different yearly calendars. One begins in January, which is when the rest of the world celebrates the start of the new year. And along with them, a horde of motorsport enthusiasts, competitors, and crew head to South America to compete in the Dakar Rally. Soon after which the year's World Rally Championship begins. Then there is the second time it feels like the dawn of a new year. When March comes around and along with it begin the various other racing series that we all love. Formula 1 pokes its head around the corner, followed quickly by MotoGP, and then by various national racing, rallying and karting championships. Ah, the beginning of motorsport season is a magical time. But the beginning of motorsport season is also a sobering time. 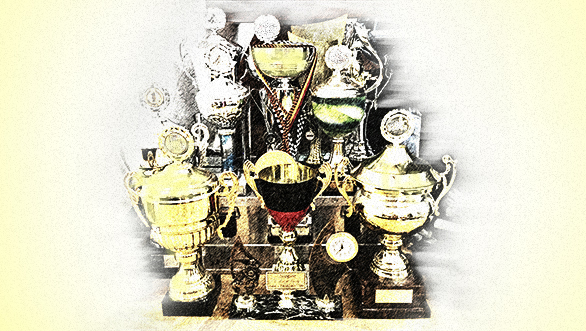 See, along with all the excitement of planning the calendar of events for the upcoming season - deciding what events must be followed online, and what events can be flown to or driven to - comes the period of time when frantic telephone calls are made, and text messages are written out to various racers. It's the usual questions that we need answered. Where they'll race in the 2017 season, who they're racing for, and how it all came together.

Sometimes the tone is upbeat. The contracts have been drawn up, the budgets have been finalised, the dotted lines have been signed. But more often than not there's an air of uncertainty. The contracts haven't been drawn up, the budget is most definitely missing, and hence there are no signatures on those pesky dotted lines. The words "sponsorship", "not sure", "let's see" and "hopefully" crop up rather often during these conversations. It serves as an annual (although not necessarily needed) reminder of just how expensive motorsport is. Of course, there's no question about the fact that you need to be talented in order to make motorsport a profession. But there's also no denying the fact that you need a specific amount of money in order to help you showcase that talent to the rest of the world. After which, hopefully, your talent will carry you through. This period of time also serves as a reminder of just how lucky the racers and rallyists, who actually end up with a drive, are. Not just lucky, of course. Because before the luck came tremendous talent, fierce amounts of hard work, and the right amount of humility.

And so as one crop of racers head off to various championships around the world, another crop of racers begin to take their first footsteps into domestic motorsport. Most of the time they look at the people who went before them with respect. And they look to them for inspiration. But sometimes, just sometimes, they look at them with envy. Well, we're all human. Who hasn't been envious of someone already in a position that we aspire to be in? But in order to get through this phase, and to actually achieve our goals there are a few truths we must face.

The first - it takes hard work. So do it. Whatever it is that you want - that race seat, that championship trophy - it isn't going to fall into your lap just like that. It's going to take days, months, year of hard work. Of riding those off-road trails near your house on a bicycle, and then riding them on a motorcycle. Training for hours until you get it right. It's going to take blood, broken bones, tears, and a head-on confrontation with your fears. It's going to take lap after thankless lap of the same circuit in the sweltering heat, your arms and legs aching, your overalls drenched in sweat, in order for you to know the track, the machine, and your own limitations as a racer. It's really going to take everything you've got. No matter what you may believe, no one who went before you had it entirely easy. So, do the work.

The second - respect. Respect your race machine enough to not blame it when perhaps you were the cause of a botched race. Respect your competitors enough to acknowledge that while you'd really like for that accident to have been their fault, that perhaps it really was your fault. And respect yourself enough to realise that a statement of fact is far more effective than grandiose claims. There's no harm in being a racer or rallyist just two seasons old. There is, however, no sense in being a racer or rallyist two seasons old, who cooks up fictitious championship titles, and prefixes the words "the only" before then going on to list their achievements. If you take the time to do the research, you'll find that there was somebody before you, and that you're not the only one. Focus instead on actually getting better at what you want to be - whether it's ace racer, ace rallyist, ace off-roader, or all of the above. Your time will be far more usefully spent actually training, than if you're busy spreading word of your (sometimes questionable) achievements via social media. Nothing speaks like results.

The third - responsibility. Every single one of us, and this goes far beyond the realm of motorsport, has a responsibility. A responsibility to be good. And an obligation to be honest, to hang in there, and to keep trying no matter how ridiculously impossible our goals may seem. Believe me when I say that I know it's easier said than done. But from the living examples of the brave individuals who aspired to be racers, rallyists, race engineers, team managers, who are actually living those lives today, I know that it can be done.

But most of all, know that underneath it all, when you tear away bias and leanings of various sorts, most of the world really is, above all else, pro-ability. So that hard work that you did, it will pay off. That time that you felt you were serving, well, you'll see the results that it yields. You've just got to believe.