When the Opel Astra VXR Extreme Concept made its global debut at the Geneva Motor Show 2014, it was widely speculated that it will go into production sometime later this year. 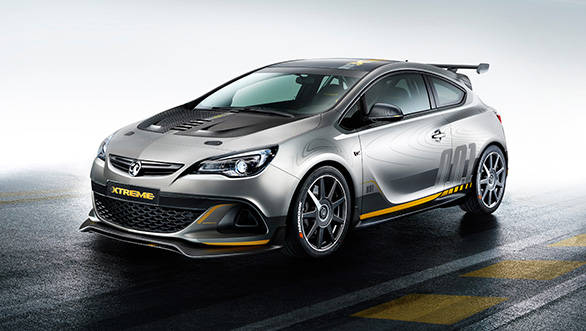 The company itself said that it will gauge the public response before deciding whether or not it is going to put this rowdier version of Astra VXR, also known as Vauxhall Astra VXR in many markets, on the road.

Now the bosses at Opel have reportedly given a green signal to produce 50-300 examples of the Extreme, depending on the demand.

The Opel Astra VXR Extreme is basically a street-legal  going version of the Astra OPC cup racer. It will have a 2.0-litre, four-cylinder, turbo diesel engine making power in excess of 300PS delivered only to the front wheel via a six-speed manual, wherein power to the wheels will be controlled by a limited slip differential.

This car will be tuned for hardcore performance and will be devoid of most creature comforts. Information such as where all it will be available, at what price and when are not very clear as of now.  But keep checking our website for updates.