Extravagance at the Geneva Motor Show

Just got back from the Geneva Motor Show which, in my opinion, is the best place in the world to visit for an auto show. During the world wars, the Swiss continued to maintain a neutral stance, the benefits of which, you can only see today. Without the need to engage in any war, they never ever felt the need to get into manufacturing. Easier to manage the world's money than worry about supply chain issues and input costs. The British and Germans were anyway engaged in constantly rubbing each other the wrong way and since they were so close to Switzerland, it made sense to let them develop, engineer and build the cars that the Swiss (and the rest of the world) very happily drive.

The neutrality of this country means that everybody comes to the motor show on the same level. There isn't a German or French or Japanese or American or Chinese bias. So all the manufacturers try and put their best foot forward. That makes this very interesting because the Geneva Motor Show faces some challenges regarding space, some still do get a bit more than others but on the whole, it's a very even playing field.

Now as I mentioned, Geneva isn't a big show in terms of space - it would all fit right inside the Rolls-Royce Serenity with enough room left for the master to hang his umbrella and open his Macbook Pro on his personal table. Within the two large halls, every manufacturer finds enough room to do a million things. Geneva is the very epitome of space management, a trait most manufacturers are amply applying in their cars.

Geneva is also the only motor show in the world where manufacturers share equal or lesser space than tuners and modifiers. You wouldn't be surprised to see Brabus occupying just as much space as Mercedes. Or that Kahn and Ruf have more Land Rovers and Porsches on display than Land Rover and Porsche themselves. 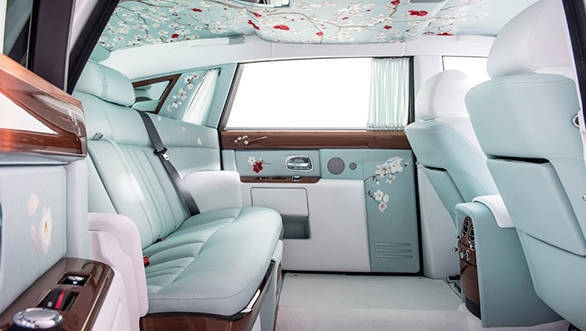 Geneva's extravagance can only be summed up this way - it's where the world parks its money. So it's but obvious you will see the most outrageous, most expensive and sometimes pointless cars in the world right here. Whoever needed a Japanese flower garden inside their Rolls-Royce? And what's the point of a supercar that will do 400kmph in some 19 seconds? How many roads or racetracks in the world exist that you can take a car to that limit and beyond on? When Bugatti conducted tests on the Veyron, the last of which we hope was the one seen at this year's Geneva Show, they had to do so at Ehra-Lessien. It's one of less than a handful of tracks in the world that have a high speed bowl, capable of speeds in excess of 450kmph. Obviously this sort of cars will be sought more for poser value. And for that kind of money, you'd have bought yourself a seat in an F1 team. Better thrills, global recognition, and a guaranteed opportunity to mix it up with the likes of Hamilton and Alonso.

And when the guilt of showcasing all those supercars and outrageously tuned specials gets overbearing, Geneva, strategically, also has a green chapter. Except it's the same stuff that's been peddled over the last couple of years in slightly improved avatars. One more FCV, one more Bluemotion, one more i, one more...

As for the cars that the people of the world could drive, well if they don't have a Swiss account they probably shouldn't be asking such questions.

The Geneva Show is cool and hot and beautiful. It's also sophisticated and mature and attracts beautiful people. Yup, Geneva can sometimes surpass Paris in terms of well dressed attendance. It's what the world wants. Unfortunately, it has very little to give to the world.

This article appeared in the April 2015 issue of OVERDRIVE.

Are motor shows losing their lustre?