Is there any rationale behind the Delhi diesel registration ban?

The Supreme court just passed a ruling banning diesel cars above 2000cc from being registered in the Delhi and NCR region. Errrwhy? 2.0litre engines and above, aren't they supposed to be the some of the cleanest diesels even though selling in lower numbers than the smaller capacity diesels? So how is a ban on these engines supposed to curb or reduce particulate emissions? And I'd refrain from any of the VW diesel fiasco which is neither representative of the state as a whole and then VW has also issued a statement accepted by the Government of India that there is no defeat device in their cars in India. (that argument we will save for later). 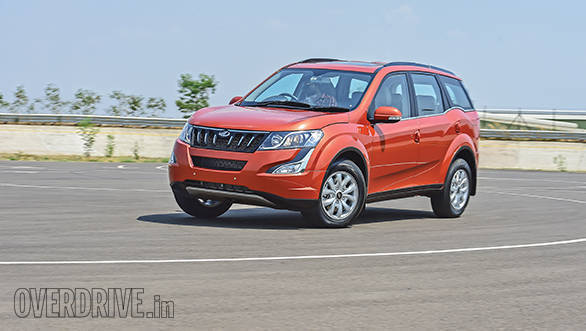 The capital city reeling under an immense pall of pollution caused by the high number of diesel vehicles that ply on its roads, has invoked the ire of the National Green Tribunal (NGT) and the Supreme Court. A quick survey of the air quality index over New Delhi monitored by the US Consulate, especially during the last couple of months shows dangerously high levels of PM2.5, fine particulate matter (emitted as soot or exhaust fumes from a car) with a diameter below 2.5micrometre. The month of November especially shows high PM2.5 levels going upwards of 250µg/m3 all the way to the low 400's. These are seriously hazardous levels of particulate matter and the principal cause of this in the national capital is the burning of fossil fuels in vehicles. Between diesel and petrol, the former is the largest contributor while petrol engines rarely emit or emit significantly lower particulate matter. The problem is further compounded by lean burn diesel engines running high compression ratios which almost every compact or small diesel engine (sub 2.0-litre) sold in India is.

Historic records also show that PM2.5 levels are fairly manageable in several regions of New Delhi and the spike in particulate matter in the air this season could also be a result of the weather. During the summer and monsoon seasons, PM levels drop down significantly, but because of the denser air during winters these levels get concentrated. Also blaming passenger diesel vehicles for the mess and targeting them is wholly unjustified. Every contemporary passenger diesel vehicle possesses enough technological measures to keep emissions tightly under check (contrary to what VW has shown us in the recent times). This is more in effect in the luxury segment where the 2.0-litre plus diesels have more than adequate emission controls in place in their cars.

New Delhi also has a large number of commercial vehicle traffic (especially trucks) who are larger offenders than passenger cars, be they luxury or affordable cars. Most of these run on poorly maintained engines which invariably leads to higher pollution levels. Overloading them which is a common issue also leads to the engines not being able to perform optimally leading to emission issues.

Furthermore we fail to see how banning diesel engines above 2000cc from being registered is going to make any difference to the air quality in and around Delhi. The proliferation of sub 2.0L engines sold by Maruti, Tata, Hyundai, Honda, Nissan, Ford, VW, Skoda, Chevrolet, Toyota, Fiat etc is much higher each month. These are small capacity diesels, usually in the region of 1500 to 1600cc in capacity, though in more recent times even smaller diesels like the one in the Celerio,Grand i10, etc have been making their mark in the markets. New Delhi and the NCR region has significantly larger number of these cheap diesels running around, most of these are ill maintained and without a proper licensing system, drivers don't even know how these vehicles need to be driven to optimize engine efficiency and reduce emissions.

Oh and in the ensuing sham, commercial vehicles that ply into the city just have to pay double the environment compensation charge they were paying earlier. In effect the solutions being provided to make Delhi air cleaner to breathe in don't seem logical.

So what exactly is being achieved here? Where are the cleaner fuels, more stringent norms, Who are the courts guiding? And how did SIAM allow something like this to go through especially since they were consulted by the Supreme courts before the ruling was passed? Is there a larger picture we aren't being shown? Is this a case of something needs to be sacrificed so that the larger issue can be hidden under a carpet?