Man on the moon and the very first motor race

I've been rather fortunate that what I do for a living allows me to go meet very many people who tell me their life stories. A lot of them happen to be record-breaking racers, now white-haired and wizened with age, but still carrying a certain spark in their eyes. The sort of spark that seems to indicate that their minds, and possibly reflexes, are still as sharp as ever. One might be
a driver who famously won Le Mans for the very first time for the winningest manufacturer in the sport. Another, a rally driver who took an underdog car to a championship title, and decades later still measures every one of his actions against the clock. And yet another, a triple Formula 1 world champion who resisted the lure of the white light, and came back to racing, business and life itself, and managed to find success in almost everything he tried.

I always assumed that this was it. Other than people involved in breakthroughs in medicine, or people involved in philanthropic work, I'd never get to meet someone more accomplished than the likes of those that I've already listed out. And then one cold December afternoon, eight months ago now, I found myself stepping into a quiet coffee shop at a Zurich hotel. It had been a long drive from Berlin, and I was exhausted. And nervous. Nervous enough to go over my interview questions repeatedly as I waited for Charles Moss Duke Jr. to arrive. If you do know who he is, you'll understand why I was feeling rather jittery. 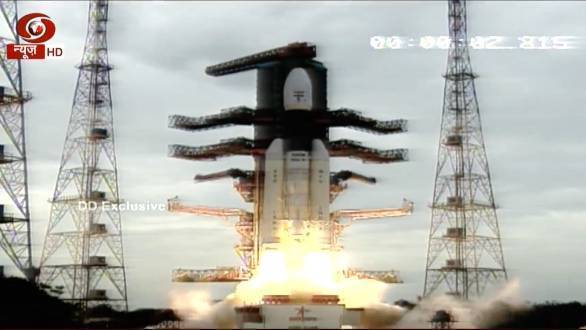 Some of that nervousness dissipated when a somewhat small, pleasant-faced gentleman walked in. He had hair as white as snow, wore glasses through which his eyes seemed to sparkle with a youthful energy, and had a smile on his face that seemed to indicate he was happy to be there at the interview, and that it wasn't just some commitment he was obliged to fulfil. In 1972, "Charlie" Duke, the man standing before me, had become the 10th and youngest person to walk on the moon at the age of 36. Now, at the age of 83, he seemed as spirited as ever.

There are two reasons that I've chosen to write about this today. One is the timing of it all. Only two days have gone by since the 50th anniversary of the first moon landing. And as I type these words out, India has successfully launched the Chandrayaan-2 - our second ever lunar exploration mission. Which makes it hard not to think about the moon at this exact moment! And the second reason is because Charlie Duke is possibly one of the few human beings, I suspect, that even highly accomplished racers might envy. And if the average racecar driver overcomes obstacles aplenty on his way to motorsport glory, the average astronaut does all that and more.

Like so many epic journeys, Duke's own trip to the moon was long and arduous to say the least. Not just literally, but also metaphorically. Being picked to be Lunar Module Pilot of Apollo 16 was something that he had dreamed about, worked hard towards, and sacrificed so much for. And even all these years later, or especially all these years later, Duke seemed very aware of what a privilege it was that he actually made it to the lunar surface. After all, only 11 other human beings have done it. The experience appeared to have made him humble and grateful. So humble that he said he couldn't pinpoint a particular skill that he had that led to his selection. "It's a mystery. I can't put my finger on it and say, 'That's the reason I got picked,'" he said. "It was a whole series of things." Long hours spent studying, training to be a test pilot, serving as CAPCOM on Apollo 11, sitting out his original space flight due to a bout of German measles. All events that led to that day on April 21, 1972, when the lunar module touched down on the moon's surface with a loud "Whoomp!" sound. And the moment when Duke famously shouted out, "Old Orion is finally here, Houston! Fantastic!", much to the relief of the NASA crew at Mission Control.

Duke and Apollo 16 commander John Young, would spend a little over 20 hours gathering samples from the moon, taking photographs of craters and hills and various types of lunar soil, and getting around the lunar surface in the battery-powered Lunar Roving Vehicle (how's that for an electric car!). When they returned to planet Earth, they were heroes. 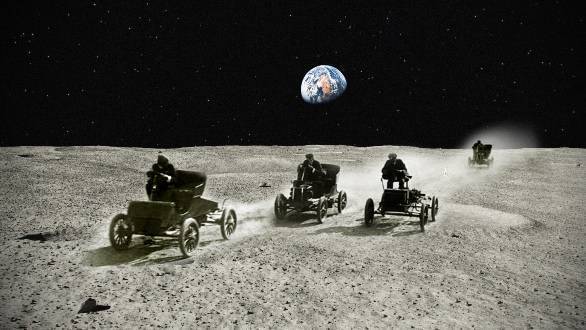 I'm not going to tell you much more about Duke's life, or the journey that he took after his return to Earth because you can read all about it in his book - Moonwalker. I really do recommend reading it to gain insight into his battle with his own ego, and the inner conflict he had upon his return. But what I will leave you with, instead, is this. The lesson that Duke learnt from the journey that took him to the moon, and the journey that he took himself on once he came back. Which is, "That you never know where your life is going to take you. But you're going to face decision paths - this path or that path. And as you feel deep inside your heart, 'This is the way to go', take that step and step out. You never know where you're going to end up."

It's this ability to choose one's own path, coupled with imagination, and a healthy dose of conviction, that has led to every human accomplishment that exists. It's how the first man landed on the moon. It's how the first car was built. And it's how the first automobile race was thought up and held on the 22nd of July, 1894, which, as I am typing this out, occurred exactly 125 years ago, to the very day.