Self-driving cars and their future in India

I might be gazing at the future here, and a very distant one at that. But autonomous cars or driverless cars or cars that can basically drive themselves might just be a reality in India too. Now, these cars will, of course, be on roads in more developed markets by 2020 with nearly every large carmaker from General Motors to Nissan to Toyota to Volvo readying technology and cars that are in some way autonomous already. In India, given the pace of our infrastructure development and our willingness to spend on cars with newer technology, we will have to wait a lot longer. 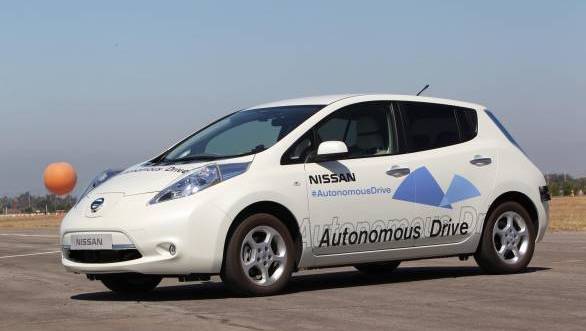 But, in theory, I think autonomous cars can work quite well in India.
Before I elaborate, let's first find out what autonomous cars are all about. These are cars that use sensors, radar and laser guidance and GPS to steer, brake and accelerate. Lately with 3D cameras and software getting more sophisticated, they can also tell the difference between a human and an object, and even an animal.
It all started with simpler stuff (at least it seems simple now) like adaptive cruise control and active parking features in cars. Adaptive cruise control is a radar-based system that keeps a fixed distance from the car ahead and then mimics its straight line speed. If the car ahead accelerates, the tailing car will too, as long as the cruise control speed set on the tailing car is higher than what the car in front is doing. If the car ahead brakes, so will the car behind to keep the fixed distance; all the way to a standstill.
Active parking, meanwhile, is something we have already seen on luxury cars in India. We have seen it on the Passat, the Mercedes GL and E-Class and the Volvo V40 Cross Country. This system picks a parking spot for you and then directs you into the spot while it takes charge of the steering. All the driver has to do is to accelerate and brake in tune with the car's requests.
Autonomous cars will be a lot more complex. The idea here is to have cars that don't need a driver in the driver's seat at all, or in fact, a human inside the car all together. It's like a drone, but there's no one controlling it apart from the various sensors both on the car and around it in its environment, and, of course, a software.
It will be an amalgamation of technologies like car-to-car communication, lane tracing, adaptive cruise control among others. Lane tracing, by the way, uses a camera that reads the white lines on the road to keep the car centered in the lane.
So why do I think this will work wonders in India? Here's why.
We love a chauffeur-driven car in India. We love it because it is a status symbol. We love it because it saves us the hassle of finding parking in crowded market areas. And we love it because hiring a driver in India isn't unjustifiably expensive. A chauffeur driven car also means the family isn't at your mercy to get around. An autonomous car promises all these upsides. And the best bit  one doesn't have to pay the car a salary!
Besides being a free chauffeur, driverless cars can also run a lot closer in traffic. This will greatly reduce tail backs we experience in peak hour traffic caused by inconsistent braking and acceleration of cars all round. It will help bring up average speeds and reduce travel time. The transport industry will benefit hugely too. Trucks, pickups or even last mile vehicles can be programmed to reach a destination along a pre-decided route. The travel time will come down because the computer doesn't really need to eat, sleep or answer nature's call. Yes, the vehicle will need tanking up, but then if a truck can drive itself, it can surely find a filling station that is smart enough to refuel the truck.
Within the city, these autonomous vehicles can be used by restaurants to deliver food, or by courier companies to, well, deliver couriers. These can also be used as taxis, and that to me is a wonderful thought, for you will not be on the mercy of a sleepy, irritated or dangerous cab or auto driver.
But what happens if the autonomous car runs over someone? Who will be held responsible  the car owner who isn't driving, the carmaker who has nothing to do with the everyday running of the car or the authorities responsible for running and regulating traffic and implementing autonomous tech in their jurisdiction?
In India, it's something we need to think about for two reasons. One: the number of people per square feet in our cities is huge. Second: people in general, especially pedestrians, are not very careful when dealing with traffic; they don't wait for the traffic to clear to cross, they walk on the road instead of the footpath alongside, and they, in general, move about with the feeling of invincibility not bothering to check left or right before crossing a road. In fact, many purposefully don't look in the direction of oncoming traffic with the belief that if they aren't looking it's the car driver's responsibility to stop. But stop, they always don't.
So while we might be able to solve the traffic issues and improve the efficiency of our businesses and live the grand life with a free chauffeur for life with an autonomous car, can we really change the mindset or educate motorcyclists, cyclists or pedestrians about road etiquettes for their own safety? Till we can, I personally feel autonomous cars don't have a place in the grander scheme of things in India.
Oh, did someone ask what'd become of motoring enthusiasts? People who actually love driving? The solution to that is simple, and I love it  get old school cars and drive their wheels off on a racetrack. And then when it's time to head home, call the car.