It's the waiting. That's what really breaks the spirit. When the Yamaha R1 came out in 1998 I wanted one badly. I went to sleep, dreaming of it. I awoke, thinking of it. And the waiting began.

Over the next decade and quite a bit, I've been extremely fortunate. I've ridden a thousand machines of all natures and tastes. And I've waited for the right one to come along. KTM dragged me back into the market a couple of years ago and Ferocitas, my 390 Duke, I'm convinced, is a keeper. The thought of selling it off to add to the big bike fund never even occurred.

But even then I was waiting. For a big machine. With many cylinders full of fire and brimstone. With power to drive the rear wheel nuts and to instil fear and respect.

The market opened up along the way. More options came and I hope at least some motorcycle enthusiasts are no longer having to wait to live their dream. But for many of us, the wait continues. 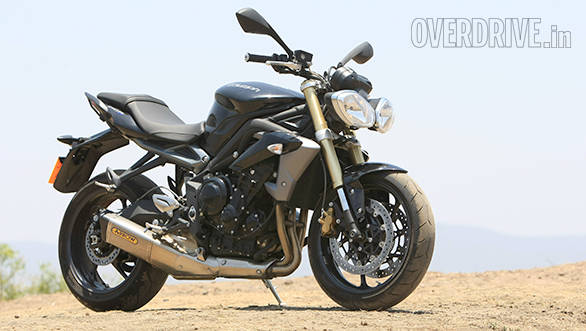 What would I buy if wishes were horses? A Yamaha YZF-R6. But it's not on sale. Or a supermotard based on a 450 single. Also not on sale. Actually I'd buy both and then other bikes too. If I could buy them, I'd find the money. I would stop eating, I'd wear old clothes, I'd stop going out. Just to ensure I never ran out of gas and fun bikes to burn the gas with.

Then in a dramatic turn of events towards the end of February, my wife encouraged me to live my dream. To get that damn bike. This from a woman who is the very sentinel of fiscal prudence. Who is given to saying things like "loans for homes. And nothing else."

She said instead with a smile, "Go ahead. Do it. "

With a twinkle in my eye, a spring in the step and loud lusty song in my head, I bought the best compromise I could find. I looked at a lot of R6s first but they're all stunning bikes with funky histories. They're fifty shades of grey market and the all-legal ones are needles in the haystack. And so the next best thing was the Triumph Street Triple. Small, light, quick and sporty. Within moments, I'd paid a sum of money I've never ever paid before at one time. With a smile on my face so big it looked like a family-size pizza.

I cleaned out my bank account and another bank stepped up, paid for the rest and laid claim to all my future savings for four years. But when the paperwork settled, I was the beaming owner of a new Triumph Street Triple.

As I write this, I'm waiting for the RTO officials - can you say Holi was a long weekend without a frown? I cannot any longer - to finish their work, so I can take Ferine out for a ride.

I haven't been this excited in ages and sleep has been hard to come by. It's the waiting that makes it so delicious and frustrating. It's like I cannot do anything else until Ferine comes home. Someone's hit the pause button. Sure I'm writing articles, talking bikes and throwing tantrums. But a set of twin headlamps is all I'd really like to see.

But so far it's a good gig. The last three years have been full of action. I know I ride tons of bikes anyway. But the pleasure of riding your own machine knowing you're only answerable to yourself is liberating. Whatever happens next, it's just me and the bike. Apologising to someone after even a scratch is the worst feeling.

Now I've a new problem though. I'll be riding Ferine to the track shortly and that's great. But I'll miss Ferocitas there. Only Ajay Devgn can ride two bikes at a time. So now I need a van that'll take both the bikes to the track together. So now I'm waiting for some money to accumulate so that I can get that van.

But that comes later. I'm still to bring Ferine home. She's still an anonymous motorcycle sitting forlorn in the showroom window. I'm waiting to endow upon it her new name. To take one unit of a production motorcycle and give it identity, personality and craft dreams with it. But right now she's waiting to become Ferine. I'm waiting to name her.

It's the waiting I tell you. It's both the stuff and snuff of life. But think of it like this. I stopped waiting because I realised one thing. I'd rather spend my time wisely than my money.

This column appeared on the April 2015 issue of OVERDRIVE