The E63 is coming and I can't wait

Don't bother with what AMG expands to. It's German, twists your tongue till the juice runs out and its so much simpler to just say AMG. What you should know about this performance engineering firm is that it has been tied to Mercedes-Benz for several decades now and tunes every car in the Mercedes range to deliver more horsepower and better dynamics. Now when I say every car, they don't discriminate; even the A-Class gets a AMG makeover, though for some strange reason the B-Class isn't touched by them. I guess now that it no longer looks like an MUV, the B-Class will also get a makeover soon. 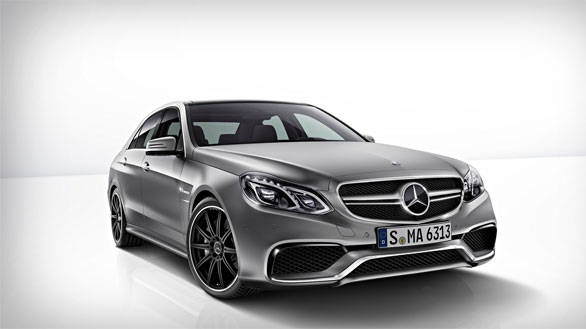 AMG began as a small racing engine forge in 1967 and went on to develop engines for racing before they caught the attention of Daimler in 1990. This was because AMG was already earning a solid reputation for their efforts at making Mercedes-Benz passenger cars of that era even more exciting. So Daimler gave them access to its sales network to sell the tuned cars.

The big turn-around for AMG however, came about in 1986. Before that year, AMG was tuning several Mercedes cars unofficially. But in 1986 AMG juiced a 5.2-litre Mercedes V8 engine for 360 horsepower, plonked it in the W124 or what was the E-Class and made it the fastest sedan in the world. It was nicknamed the Hammer. Why? Because the performance from that car hit you like a sledgehammer. The Hammer hit 100kmph in just 5 seconds, the quarter mile took just 13.5 seconds and it went onto a top speed of 300kmph. There wasn't a 4-seater passenger car in that era to match the Hammer for sheer pace.

The Hammer was basically a 300E which borrowed the V8 used in the 560SEC. AMG tuned this engine, designated the M117, with a 4-valve DOHC setup. It also reused the 4-speed automatic transmission used in the S-Class and used a massive Mercedes-Benz torque-sensing differential. Performance was undoubtedly astonishing and in that time, was compared to supercars of the day.

The car made a massive impact in performance circles and even today, an original is a highly sought-after collectible. The only time I came close to this car was playing Gran Turismo and even in that video game, the car was something else. The game emulated real world dynamics to the T and it gave me an inkling of what a 1980's hyper-sedan was capable of, especially when driven in-game on the famed 'Green Hell' Nürburgring.

Cut to 2008 and I finally managed to do what every automotive enthusiast in the world would give an arm and a leg for. I drove on the Nürburgring: the proper Nordschleife of course; the whole 21 kilometres of it. And I did it first in an AMG, the E63 AMG!

What an epic car that turned out to be; the roar from the V8 could tear the heavens apart. When that engine was given the beans, it could be heard across the border in Austria! And such incredible turn of speed; the E63 AMG was eye-popping fast. Of course, it wasn't as impressive around corners; you'd have to ease off the throttle pedal unless you wanted to end up in the armco guard rails. That car sort of summed what an AMG was all about. It was a lot of theatrical drama, a rendition of a Midsummer Nights Dream. Loud booming and certifiably insane in a straight line! But then, that was the diktat of the day. It's only now that AMG is also focusing on making the cars a lot more agile and sure-footed in the bends.

Another part of the AMG philosophy was to not compromise on some of the inherent characteristics offered by Mercedes. So while you got a stiffer ride and a monstrous engine, the car was still as comfortable to use every day of the week. I spent a long weekend with the E63 AMG driving it both on road and track and it will remain an indelible memory in my life.

And that is why the opportunity to drive the latest generation of the E63 has me all excited. I have never driven the E63 AMG in India. For that matter I haven't driven any AMG in India. Scratch that, I did drive the SLS AMG at the BIC but that was an exception because it is a proper supercar. However, I don't think even the SLS AMG comes close to the E63 AMG hyper-saloon experience. A full drive story on the 2013 edition will follow in a couple of days. Stay glued.