Utopia: The basement of a three-storey house in India

Utopia exists. I've seen it. I can't reveal where it is, but it is real. I can't even show you pictures, but I can try to give your peek inside.

Utopia lies in the basement of a three-storey house in India. A short, wide ramp can be seen from outside but the wide garage doors block the view to the impossible world that lies within. 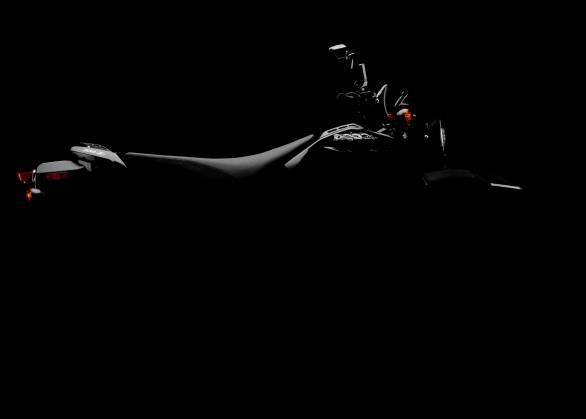 You enter through the non-vehicular entrance. The corridor is stacked with boxes. The empty cartons, says Utopia's keeper, are from a recent motorcycle project that just got finished.

Of course, Utopia has motorcycles in it. What else did you expect?

Behold the giant metal rack. Nothing fancy, just an L-section metal framed thing bolted together. Completely functional and in some ways, wonderful for it. On it are stacks and stacks of high performance motorcycle tyres. The ones on the bottom are worn. Not bald in the middle and new at the edges. Worn so the edges tell elegant stories in tortured, marbled rubber. The top shelf has sets and sets of brand new rubber, all waiting for their turn to live out their life's purpose. To become the next chapter in this scrapbook.

On the right is a Yamaha RD350. It's got a name. Meet Genesis. This is where the path to Utopia began. It beggars belief that Yamaha refuses to acknowledge such amazing reverence. Does it run? Utopia's keeper smiles politely at the stupidest question in the world. He admits there is still some work left on Genesis. Why? Another smile this time with a gracious gesture of welcome that points deeper into the hall.

My eyes go from Genesis' familiar lines to the temple I'm in. On the right at the end is a well-used aluminium ramp that loads up the van for trackdays. It lies on one of the two work stands. The stands are flanked by work benches and shelves. Lubricants, brake fluid bottles, air filters and more are carefully, neatly stacked in rows. Each drawer is full of neatly organised tools, washers, shims and the other equipment a hands-on rider may need.

Turn left and you're standing between two metal racks. The one on the right is full of helmets  many clearly well kept, well used and from years ago. Others gleam brightly under their covers. You'd almost miss the wheel balancing equipment stashed on the lower shelf.

The other rack is full of radio controlled toys in various states of repair. Utopia's keeper likes working on these when he isn't messing with bikes on the work stands. Or when his crack team of setup specialists aren't prepping bikes on them.

The two racks lead to the last one. This one has boots. And more boots. All lined up, all with sliders scuffed. Above them is the rack full of complete and running radio controlled cars. Each with its own controller. They all run too? But of course. I nip the question in the bud before it pops out.

Then I notice the tyre mounting machine and stop dead. Utopia won't stand for scuffed rims that come from spooning on new rubber and taking off old stuff. Stuff done well is stuff done yourself. Words to live by.

Three large, comfortable sofas sit around a small glass table. The mass of remotes points to the infotainment system. Many motorcycle videos, races and movies have been watched here. And there is still so much left to watch.

Directly behind, mounted on the only pillar in Utopia is another television, hooked up to a game console. And to a full on driving chair with pedals, gear shifter and a race seat. Seat belts? Oh yeah. When the friends are over, we play a fun game. We put on Gran Turismo and whoever doesn't beat his previous best time has to take a shot of the social lubricant of the day. Utopia doesn't permit wines. Only beer and manly spirits. After a few rounds of the game, the seat belts are helpful. In Utopia, drinking and automobiles only mix on this one television screen. So that explains the smell of Utopia, then. A combination of new tyres, warm motorcycles, some engine oil and lots of laughs.

And finally, we come to the two centre pieces of Utopia. One is the pink (!) refrigerator. Its redeeming quality is that it is full of beer.

The other is what Genesis has led to, a row of gleaming motorcycles.

Each looks brand new but isn't. Each is painted in a custom scheme. Each is tuned for outright track performance and used only on track. Each has a charged battery, new tyres and more custom performance parts per inch than a performance parts store. Leathers, some scuffed, others not, hang from the walls behind the bikes.

Keeper tells me he likes his bikes aggressive and fast. Normal stock bikes can be great but a little fettling can turn them into wonderful vessels that hold both promise, memories, speed and emotions. Each is a fierce, finely honed tool made to measure. Utopia is personal. Every bit fits just so.

To some these are just toys. To us this is utopia. Where passion can be indulged. Where our love for motorcycles can come out and play. Where the impossibility of this space and all it contains isn't the source of amusement or astonishment. Where the anecdotes are about experiences not acquisitions or ulterior motives. Where the question of asking the whys of all this doesn't arise.

This is Utopia. I've seen it. I want it. I'll only change the colour of the walls. And add a space for my tons of books. And maybe add a few dozen more motorcycle. And a racetrack in the front garden.