Almost everyone believes we auto journalists lead a great life driving fancy cars. This is true. But there are also dangers. Anybody and everybody, friend or family, neighbour or stranger, all want advice on what vehicle to buy. Earlier, I would naively give my views. In time I realised most people had already made up their mind, and were only looking for an endorsement of their choice. And if you thought differently, they would debate and suggest that you did not know what you were talking about.

After wisdom dawned, I have started asking if the person had a particular vehicle in mind. If I agree, I simply say yes. And if I don't, I say I have not looked at this particular car that closely. Usually this ends most discussions.

But sometimes it gets very irritating. A few years back, my wife woke me at 8.00 on a Sunday morning. Someone living in the same apartment building had come over. I reluctantly dragged myself out of bed and met this person whom I had only seen a few times in the building premises. Now he was sitting in my living room. With no apology or introduction, he said, "I believe you evaluate cars. I am planning on buying so and so car and want your views." I said it was a nice car and this person left - without even thanking me. I soon forgot about the matter.

A few weeks later he was back. As soon as he saw me, he aggressively said, "You recommended me a bad car; I trusted you and you betrayed me, blah, blah." I asked what the problem was. He said he went out of town in the car. After doing a few thousand kilometres, the steering started wobbling. At the authorised service centre, he was told wheel balancing needed to be done as some weights had fallen off.

This happens sometimes if you do long journeys on our far from perfect roads. The service centre did the balancing free of charge and resolved the problem. But our man would not accept that something could fall off a new car. He said it was defective. He wanted the company to take it back and refund his money. And what's more? He wanted me to help him! I refused point blank and told him he was being stupid. He got very offended and left in a huff. Till date he gives me bad looks. 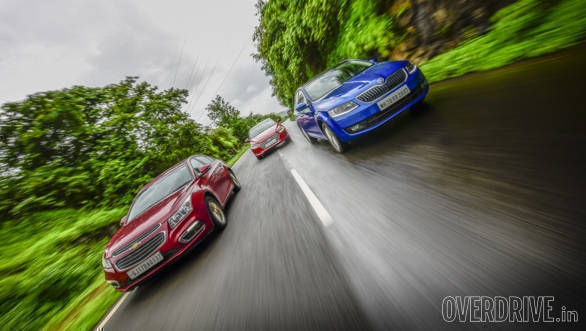 Another very sad incident took place recently. A dear old friend, who is a film artist, called and said he was looking to buy a used German luxury car. A dealer had one and my friend wanted me to check it out. Now this was in the suburb, quite a distance from where I live. So I told him, "I will be happy to check the car, but are you sure you want my advice?" Thanks to some past experiences I added, "Will you listen to me, or the dealer, or your driver or your makeup man? I also made the mistake of saying, "I don't want to debate with those that are not qualified enough or have other interests, like the dealer."

This triggered off a response I had never anticipated: "What do you think of yourself Bob. Your work has gone to your head. You have become too big for your shoes. You are not the only intelligent one. You must take everyone's views." Then like the political party he is affiliated with and which now happens to be in power, he started preaching to me how I looked down on other people, how I had wrong values, how I needed to do this and that. He did not stop even after I apologised. So I disconnected. After a while it dawned on me that I might have just ended a long friendship.

Now I wish I had reminded him of the earlier occasions when we had argued because of his driver or makeup man. I clearly remember once in the late '80s, he asked me if he should fit radial tyres, and I said most certainly. But his driver told him radials were rubbish and they should only fit cross-ply tyres. In the '90s I designed and made a vanity van for this friend and had some elaborate murals done for it. He was very happy initially.

But a few weeks later he said, "Bob you said those were paintings. But my driver and makeup man say they are plastic stickers." These guys had never even seen an airbrush in their lives. It took a lot of explaining on my part to convince him that they were actually murals done with an airbrush. Having seen my friend's life closely, I have realised that most of our film folks lead isolated lives. Their only real interaction is with their drivers, makeup men and spot-boys. And it's these people who shape many of their views and decisions.

I find all this really strange. If I went to consult a specialist doctor, on coming out I would not ask the watchmen for his views on the medicine or treatment prescribed. But this is India where even a paanwala, who has never held a cricket bat in his life, passes judgment and gives advice on how Virat Kohli or Dhoni should play.