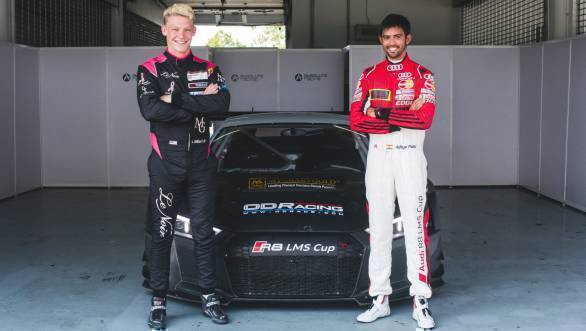 The pair, driving for the ODRacing outfit, were second-fastest in most of the sessions over the course of the two-day long test. However, they finished third overall in the test after some trouble with the steering on their Audi R8 LMS GT3 slowed Patel down. Their best time was 2min 04.451sec, set early on Wednesday, the first day of the test. This is a sign of good things to come from the duo who are competing in the Silver Cup class of the championship.

Topping the test session was the Pro-Am combination of Franky Cheng of Milestone Racing, who set a time of 2min 04.132sec in the Audi R8 LMS GT3 that he shares with Sun Jingzu.

Another Pro-Am combination, this time of Alex Yoong and Alex Au took second place at the test, which also meant that it was all-Audi affair at the head of the order.

The 2017 Blancpain GT Asia Series begins at Sepang on Friday, with the first free practice session taking place at noon. This will be followed by a second free practice session later on in the day, while official practice, qualifying and Race 1 will be held on Saturday. Sunday will feature the one-hour-long Race 2.