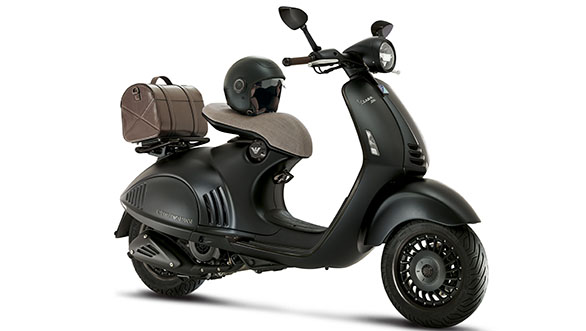 It will be sold as a CBU in India and will run the same three-valve 125cc engine seen in the Vespa 125. This engine produces 11.56PS of power at 8,750rpm and 9.6Nm of torque at 7,750rpm. It also features traction control and 220mm disc brakes with ABS on the 12inch front and rear wheels. Apart from the matte finish paint-job, the Vespa 946 Emporio Armani will also feature an LCD display and LED headlights, taillights and indicators. 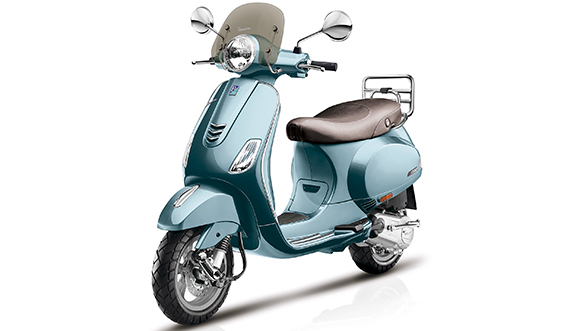 The Vespa 70th Anniversary Edition will also run the same 11.56PS 125cc engine, but will produce 11.5Nm of torque at 5,500rpm. Features exclusive to this variant include the azzurro 70 body colour (seen in image), a new brown leather seat with white contrast stitching, a chrome rear carrier, a flyscreen and 70th Anniversary Edition logos on the seat and glove box.