Pirelli is set to be acquired by Chemchina

Pirelli, best known as the sole tyre supplier for the Formula One Championship, is now set to be acquired by China National Chemical Corporation, popularly known as Chemchina. The 26.19 per cent stake in Pirelli that was previously held by Italian company Camfin S.p.A will now be sold off to the China National Tire & Rubber Co (CNRC) subsidiary. 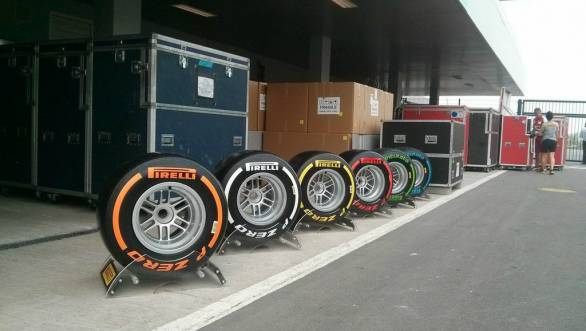 The partial acquisition will then be followed by a tender from the state-owned Chinese corporation to buy the remaining shares for Pirelli at 15 each  at a 1.7 per cent markdown if you consider that the shares were valued at 15.26 apiece when the deal was announced. The Italian tyre maker is currently estimated to be worth 7.1 billion (Rs 48,542 crore).

Pirelli, despite its motorsport credentials (it's also the exclusive tyre supplier for the FIM World Superbike Championship), currently trails behind Bridgestone, Michelin, Continental and Goodyear, as the fifth largest tyre manufacturer in the world. The deal will help Pirelli make a foray into the thriving Chinese market, one of the largest in Asia. In turn CNRC, which manufactures steel radial tyres and off-road tyres for its domestic market will gain access to Pirelli's know-how and premium tyre technologies.

As per the terms of the deal, the operation and management of Pirelli will be kept intact, and Pirelli chairman and CEO, Marco Tronchetti Provera and his team will stay put. As of now, approvals from the Chinese and other international authorities are awaited for the deal to be completed.

On the announcement of the deal, Marco Tronchetti Provera said that "the partnership with a global player like Chemchina, through its affiliates, represents a great opportunity for Pirelli. CNRC's approach to business and strategic vision guarantee Pirelli's development and stability."