One of the top issues that Prime Minister Narendra Modi wanted to address on his recent visit to the United States of America was greener technology. And who better to discuss it with than Tesla chief executive Elon Musk himself?

On Saturday, September 26, the Prime Minister arrived at Tesla headquarters in San Jose, California where he was driven around in a battery-powered cart  a small sample of Tesla's electric vehicle technology. From the photographs, it seems he also got a good look at a gleaming red example of Tesla's flagship EV, the Model S. 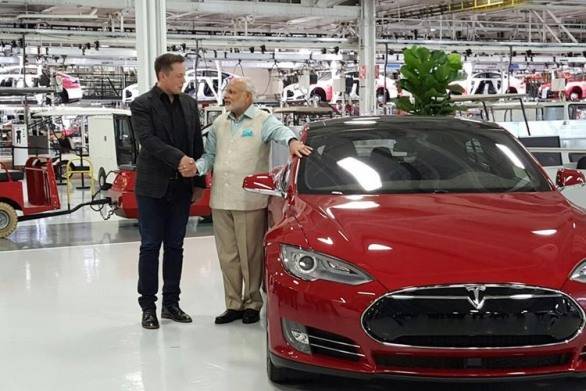 Tesla has slowly been changing the face of the auto industry in the US and is widely regarded by many as one of Silicon Valley's most exciting companies.