After months of speculation, it's finally been confirmed that Porsche will indeed quit the World Endurance Championship's LMP1 category at the end of the 2017 season. The German manufacturer will instead focus on their new Formula E campaign, and will join the all-electric series in Season 6. 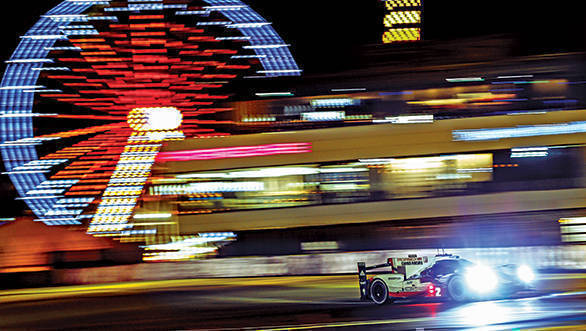 "Entering Formula E and achieving success in this category are the logical outcomes of our Mission E. The growing freedom for in-house technology developments makes Formula E attractive to us", said Michael Steiner, Member of the Executive Board for Research and Development at Porsche AG, in a statement issued by the company. He also said, "Porsche is working with alternative, innovative drive concepts. For us, Formula E is the ultimate competitive environment for driving forward the development of high-performance vehicles in areas such as environmental friendliness, efficiency and sustainability".

The statement continued to say that Porsche has already taken their first steps towards developing their Formula E car, and further explained why Porsche had decided to head in the direction of all-electric racing. "This realignment of motorsport is derived from the direction set out for the company in Porsche Strategy 2025, which will see Porsche develop a combination of pure GT vehicles and fully electric sports cars, such as the first fully battery-powered Mission E road car." 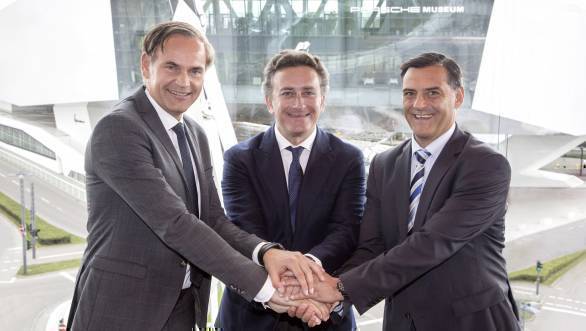 Meanwhile, Alejandro Agag, the Founder and CEO of Formula E said, "I'm delighted to welcome Porsche to the FIA Formula E Championship. If somebody told me when we started this project five years ago, that we'd be announcing a partnership with a brand like Porsche, I wouldn't have believed it. To have a name like Porsche in Formula E, with all it represents in terms of racing and heritage - and in terms of sport cars - is an inflexion point in our quest to change the public perception about electric cars. The electric revolution continues, and Formula E remains the championship for that revolution."

Porsche's decision to quit the LMP1 class of the WEC, one year after Audi decided to depart the sport, means that Toyota is the only manufacturer committed to the WEC and the 24 Hours of Le Mans for 2018. However, the fact that there are no other manufacturers in the LMP1 class does mean that they might reconsider their position.

However, a statement from Automobile Club De L'Ouest attempted to sound upbeat. "The Automobile Club de l'Ouest, promoter of the WEC and organiser of the 24 Hours of Le Mans, regrets this precipitous departure, as it does the abruptness of the decision from one of endurance racing's most successful and lauded manufacturers.

"However, the ACO and the FIA, guardians of the existence and quality of the FIA World Endurance championship, have immediately set to work to put forward to everyone involved in endurance racing the outline of the 2018 season  a season which promises to be quite exceptional thanks to the introduction of new innovations.

"Clearly, the reduction of costs and stability, but also inventiveness and audacity, will be vital in making it possible to stage an increasingly spectacular and attractive championship with the sport of endurance racing at the forefront," read the statement.