Porsche has unveiled the next iteration of its 911 RSR GTE race car. Porsche recently announced that they would be revealing a new race car and promptly did so the following morning. The previous version, the 991 Porsche 911 RSR (991 being the body code), was successful, winning the World Endurance Cup for GT Manufacturers in 2015. The new race car has a very wide stance with flared fenders housing wide tyres and looks very menacing in matte black. 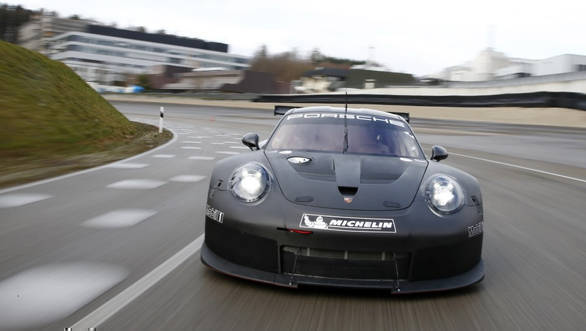 However, Porsche has cheekily released shots that conveniently hide the rear of the new race car. This could be due to multiple reasons - one of them being that Porsche doesn't want to give away key details of its newest 911. There have been rumors abound of the new 911 RSR, one of them being that Porsche has made it mid-engined, over the 911's traditional rear-engined layout. 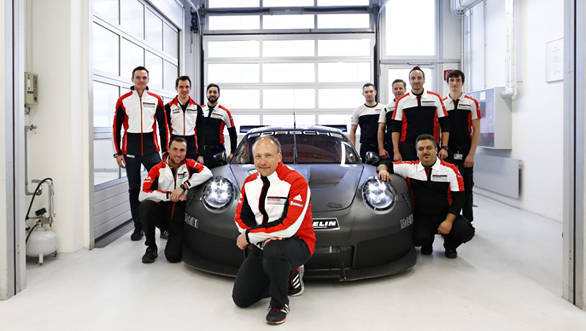 There's also a very high chance that the new engine is turbocharged, since Porsche is turbocharging its entire lineup. The successor for the 911 RSR GTE (no official name yet) completed its first test at the Weissach racetrack, with most of the company test drivers getting a brief stint behind the wheel. The race car will now undergo testing for the rest of 2016 and will debut at the 24-hour race at Daytona in January 2017.