Three-time Asia-Pacific Rally Champion, Gaurav Gill  might just be preparing for a new phase in his career, as rumours of a possible split between MRF and Skoda abound. Gill, who won the APRC crown in 2013, 2016 and most recently 2017, piloted an MRF Skoda Fabia to all three championship titles (initially, the S2000, and then the R5). 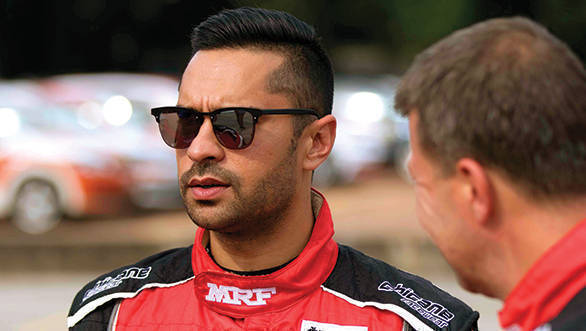 A possible split between MRF and Skoda could signal a major change in direction for Gaurav Gill, three-time APRC title holder

However, the winning combination of Gill, MRF and Skoda might not continue, with MRF and Skoda likely to part ways, with an official announcement expected soon. It is as yet unclear what the result of this likely split will be, especially since Gill and MRF have had a particularly long association, that goes all the way back to successes like their 2007 Indian National Rally Championship title. Meanwhile, Gill's success with Skoda could point to a possible move for Gill to WRC2. OVERDRIVE had learned earlier this year that Gill was in the running for a switch to rallying in Europe again, possibly with a Skoda factory-supported team. It is as yet unclear who Gill will continue with - MRF or Skoda, and what championship he will compete in in 2018.

When OVERDRIVE reached out to Gill with questions on his future in either the APRC or a possible switch to rallying in Europe in 2018, he declined to comment on the matter. However, an announcement on Gill's future is expected as soon as Monday, the 16th of April, 2018.