After years of deliberation, Toyota India is ready to bring its Lexus brand here this March. Lexus will initially start selling three CBU models  ES 300h, RX 450h and LX 450d. At the onset, the cars will be sold through existing Toyota dealerships with separate Lexus showrooms to be set up in the coming months. Few dealers are already accepting bookings for Rs 10 lakh with a promise of delivery within three months of launch date (March 24, 2017). You can also test drive one of the three models that Lexus will bring to India, by paying Rs 1 lakh as a refundable deposit. 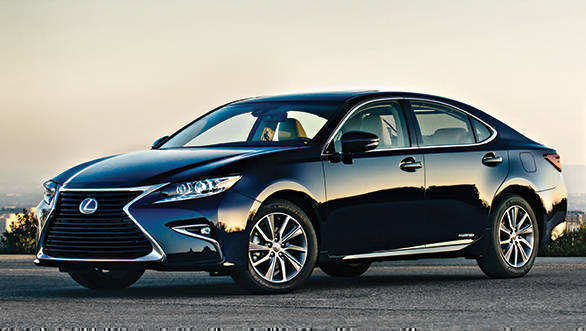 The Lexus has that distinctive face and more luxurious appointments

The Lexus ES 300h is based on the familiar Toyota Camry. Like its cousin, it will come in a hybrid guise. The ES runs a series-parallel hybrid system which uses a 160PS/233Nm 2.5-litre petrol engine and a 143PS/270Nm electric motor. The engine is mated to an e-CVT. Considering that in regular driving conditions in India, the Camry gives close to 20kmpl, expect the ES 300h to replicate those numbers. In terms of design, the ES gets a sharper design language than the Camry itself while inside there are premium features including the Lexus Enform suite of apps along with a mouse-like controller. Adaptive cruise control, automatic emergency braking, pedestrian detection and nine airbags have given this Lexus an overall good score in all the crash tests. 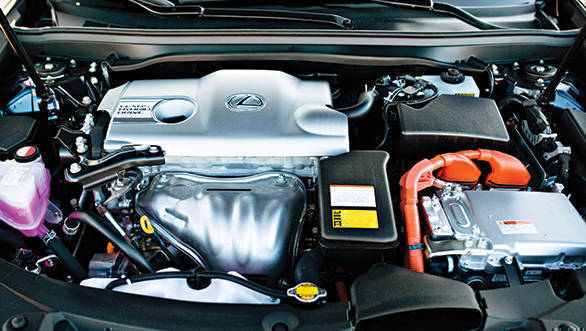 The ES 300h and the Toyota share much including some design elements, the 2.5-litre hybrid petrol and the interior layout 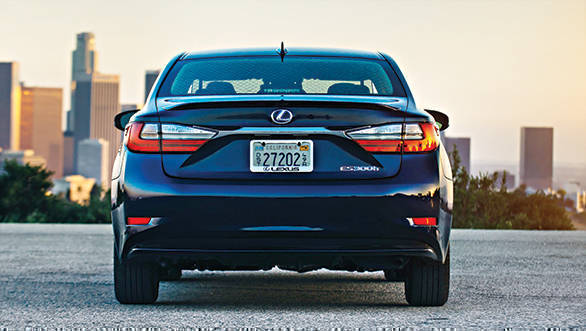 Initially, it will be brought in as a CBU but it is highly likely that Lexus will start local assembly with the ES here. Considering it's a hybrid, the FAME incentive by the government of India should accord a competitive price tag for this Lexus. The ES 300h will compete with the 5 Series and will be priced around Rs 60 lakh ex-showroom.