Toyota is all set to launch the new generation Innova Crysta in India. This will be the first major upgrade given to the Innova after 11 years of its existence in the country. The Innova has been leading the MPV segment with a sale of 6,000 to 6,500 units per month. Based on a new TNGA (Toyota New Global Architecture) platform, the Innova Crysta comes equipped with a new 2.4-litre diesel motor that makes more power and is also expected to be more efficient than the outgoing car. Here are some of the details that you need to know about the upcoming Toyota Innova Crysta. 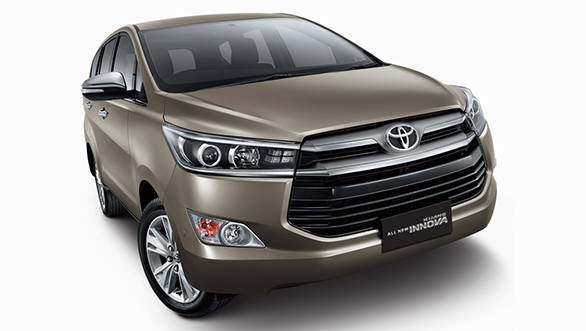 The new generation Toyota Innova Crysta gets modern additions which makes it look less utilitarian and more car-like. Since the Innova Crysta is based on a new platform, it gains 65mm of width and 35mm of height while the length has been shortened by 50mm. 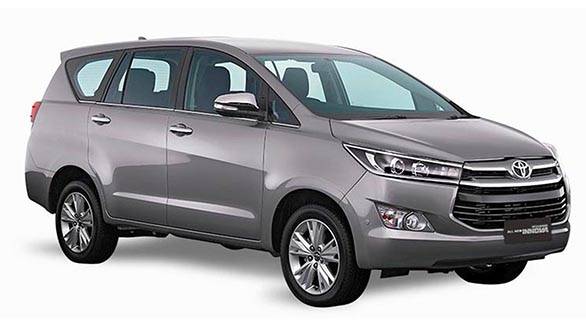 The new additions on the Innova Crysta make it more premium than the outgoing model. It gets projector headlights, LED daytime running lamps and a completely new nose with larger and bolder twin-slat radiator grille. The roofline and the window line have been tweaked along with a larger rear quarter glass. Currently, all the trims of the Innova come with 15-inch alloys while the Innova Crysta will be offered with 17-inch alloys on the top-end variants and 16-inch alloys on the base and mid trims. The tailgate gets a new design with restyled and horizontally placed lamps. 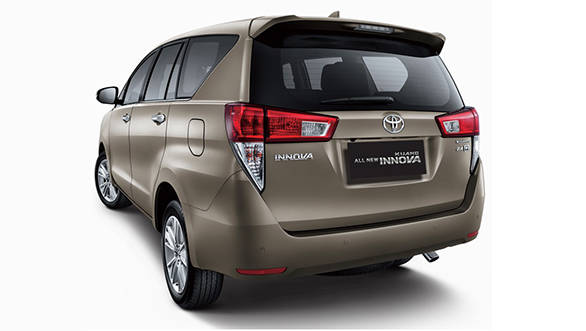 Toyota has added many premium features in the Innova Crysta which include a new leather wrapped multi-function steering wheel, TFT instrumental cluster and a new 8-inch touchscreen infotainment system. 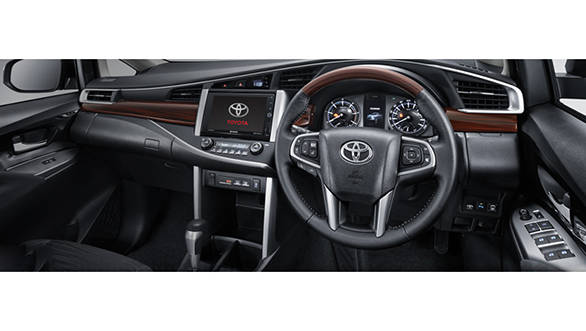 The updated touchscreen unit features a web browser, Miracast smartphone mirroring system and HDMI and Bluetooth connectivity options. All of these will only be available on the top trim.
The dashboard has been completely redesigned, making it look similar to the Corolla Altis. The new design makes it look upmarket and premium with a greater use of wooden veneers. 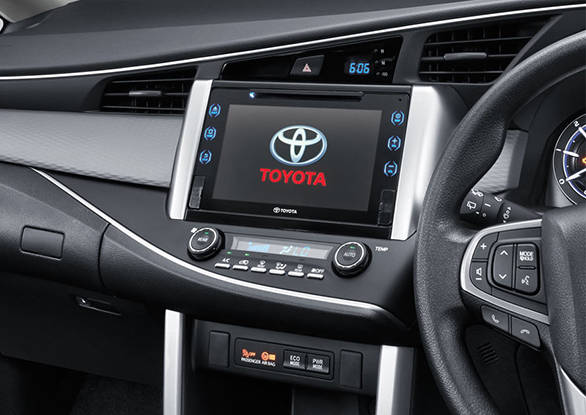 Toyota offers Hill Assist control, ABS, EBD and Vehicle Stability control as standard on the automatic transmission models. Driver, passenger and knee airbag will be available as standard across all variants. 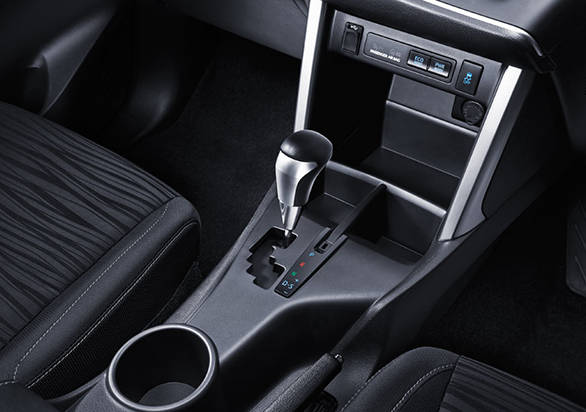 Toyota launched the new 2GD engine series in 2015 which replaced the previous KD range. The 2GD now powers the second generation Toyota Fortuner, Innova and the eighth generation Toyota Hilux. Superior performance and higher efficiency are the two highlights of this new motor. Toyota will launch the Innova Crysta in India with this 2GD engine. It has a displacement of 2,393cc and puts out 149PS of power, which is 49PS more than the outgoing model. The engine is offered with a 5-speed manual transmission as standard. Toyota might skip the 6-speed automatic on the same motor, which is sold in the Indonesian market.

With the addition of premium features, we expect the prices of the Toyota Innova Crysta to fall between Rs 15 lakh to Rs 21 lakh. Toyota India has already discontinued the present generation Innova. The company has started taking bookings for the Innova Crysta which is expected to be launched by May 2016 in India. Stay tuned to OVERDRIVE as our detailed review will be up soon.