After showcasing the 3 sedan, Qoros, a Chinese-Israeli joint venture, is all set to unveil its second sedan at the 2014 Geneva Auto Show in March. The second production model is influenced from the Qoros 3 sedan but will have a more evolved front grille and different LED lamp clusters at the rear. 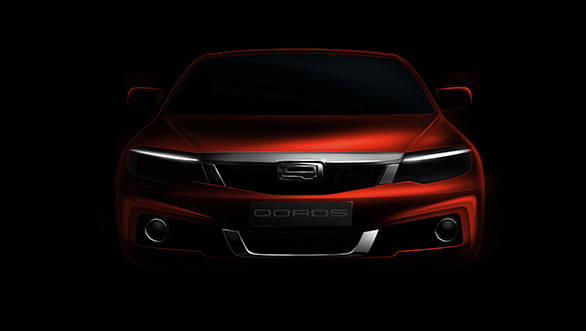 The yet-to-be-named model, which is based on the same platform as the 3, is expected to have similar design traits as well. Inside, the car will have an 8-inch touchscreen which will come with the QorosQloud infotainment system.

The Qoros 3 was widely appreciated at the Geneva and Shanghai auto shows last year. Later in the year, it also became the first Chinese car to get five stars in the Euro NCAP crash tests. Qoros has a plan in place to introduce new models every 6-12 months and the second sedan bears testimony to that.