We'd written about how K Rajini, who'd won the 2015 edition of the Malaysian Superbike Championship  had decided to go back and try and defend his title, racing once again for the Chia Motoracing PJ Team. 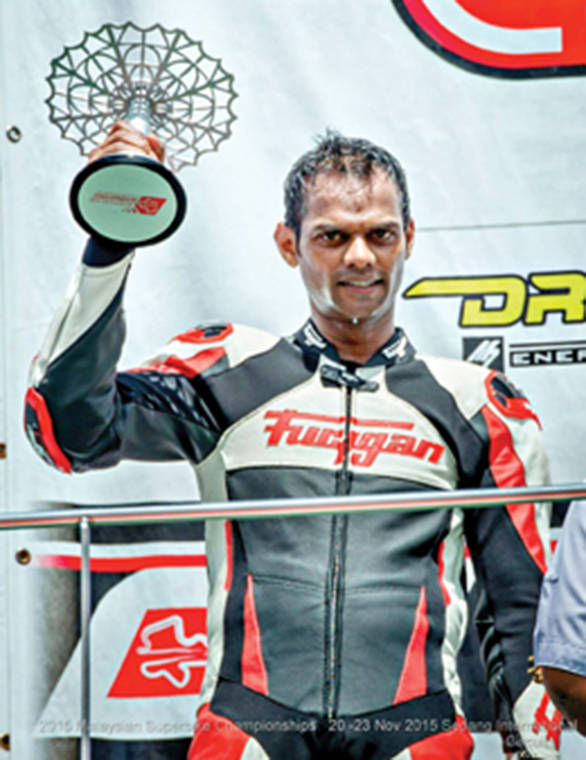 Well, turns out mounting his title defence for the 2016 season, the season-opening race is coming up soon too, is more difficult than he had realised it was going to be. The crux of the matter? Money. Racing, as we all know, doesn't come cheap. Not even for a reigning 1000cc champion.

While Rajini's 2016 season is partly funded by Chia Moto, the Chennai rider, who has won nine national championship titles between 2003 and 2012, needs to come up with the remaining funding required for a full season in the championship himself. This amounts to a total of Rs 16 lakh, of which Rs 14 lakh will go towards payment to Chia Moto for the Kawasaki Ninja ZX10R that he will pilot in the series, along with spares, the cost of the mechanics, etc. In addition, Rs 2 lakh will cover the cost of his flight tickets and stay for the events.

For those of you who don't know K Rajini, he's one of the finest racers the country has produced over the last decade or so. Rajini has won the Malaysian Super Series (150cc class) in 2006, has been crowned champion in the Losail Series 600cc class in the 2012-2013 season, and, most recently, has won the Malaysian Superbike Championship. He's also the first Indian rider to stand on the podium FIM Asian Championship (2006), and the first Indian to take part in the FIM World Endurance 24 Hours Championship back in 2010.

If you want to help Rajini achieve his goal of making it back to the Malaysian Superbike Series, you can contribute to his crowdfunding campaign where he is trying to raise money to go back and defend his title. Click here for the link to the Ketto.org page where you can make a contribution!