Renault India has announced in an interview with DNA that they will be launching a brand new product every year.  This is expected to continue for the next two-three years from now. Renault India says that the slew of launches will start with the all-new Renault Captur SUV. The Renault Captur SUV will be launched in India this October and is expected to be priced between Rs 10-16 lakh, ex-showroom. Bookings have already begun for the Captur SUV and deliveries are expected to start immediately after the prices are announced. The Renault Captur comes with both tried and tested petrol as well as diesel engines. The diesel Renault Captur will be offered with a 110PS 1.5-litre turbo engine and a 6-speed manual transmission. The petrol Renault Captur comes with a 105PS/142Nm 1.5-litre naturally aspirated motor and a 5-speed manual transmission. Renault will gloablly debut their new Platine variant with the Captur SUV in India. It is the top trim and will come with all the goodies associated - LED headlamps, 17-inch alloys, LED DRLs and more. 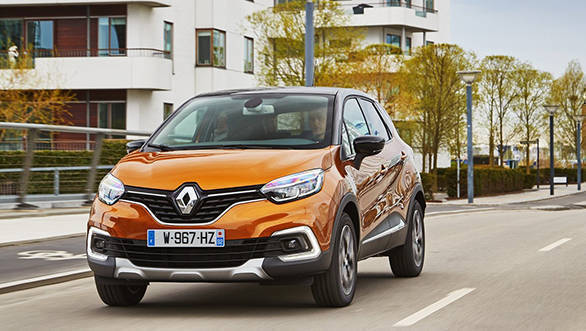 The Renault Captur is based off the Duster but looks much more sophisticated and needless to say, has more equipment too

In the interview with DNA, Sumit Sawhney, Renault India managing director, said that the Renault has been investing in the country steadily from the last few years. This money goes into development of new products and hence we can expect to see new products coming in the next couple of years. He said that Renault India learnt from the Duster that Indians love changes in their vehicles and while they were initially slow to respond to the market changes, now they are introducing some or the other changes to their cars starting with the Kwid. Sumit also said that the Renault Captur will help them sustain the five per cent market share that Renault India currently commands. 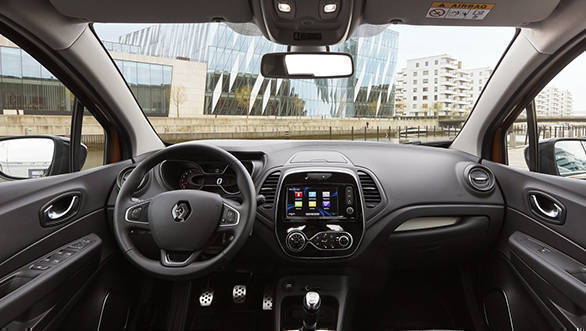 The basic variants of the 2017 Renault Captur gets an all-black interior. However, the touchscreen infotainment system is offered on this variant as well

Renault India also aims to start with EVs in the country once the infrastructure as well as the policies fall into place. Sumit said that being the market leaders with respect to EVs, it was but imperative that the company will foray here.