Renault Duster gets a facelift, to launch in India in early 2014

At the 2013 Frankfurt Auto Show, Romanian car maker Dacia took the sheets off the new updated Duster. We had told you back then that it is only a matter of time before the facelift is carried forward to the Renault. Now, Renault has revealed the Duster facelift which is scheduled to be launched in the Indian market soon. 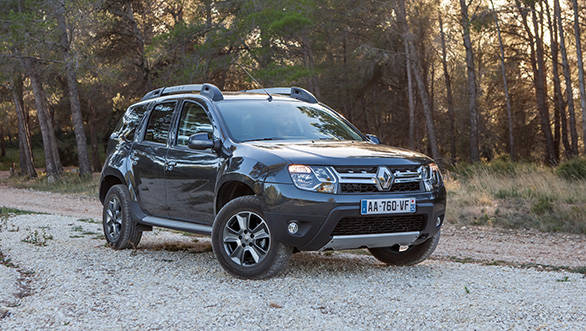 The refreshed Duster comes with cosmetic updates that Renault hopes will attract further attention to its product  in a highly competitive crossover segment. The front fascia gets the dual-tone chrome grille, unlike the Dacia version which had the honeycomb grille. Other additions include new headlamps with double-optic units and DRLs, roof-rails, chromed exhaust, new scuff plate and revised taillamp. The roof rails have Duster logos, and the 16-inch alloys are of a 'Dark Metal' shade. There is also a new body colour Comete Grey. The exhaust now comes with a chrome tip. 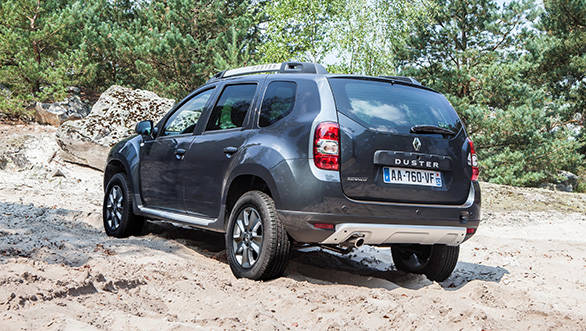 The exhaust now comes with a chrome tip

The Duster continues to retain its mechanicals. Power comes from either a 1.5-litre K9K engine tuned to offer 85PS or 110PS or a 1.6-litre petrol motor. Speculations are rife though that the updated model could also come with a new 1.2-litre TCe turbocharged petrol engine, which will come with a 6-speed manual transmission. This particular engine looks to take on other small capacity turbo engines (1.2TSI and 1.0 Ecoboost)  which have recently invaded the Indian automobile space. It is expected that this time around, there will also be an auto transmission on offer as also all-wheel drive. 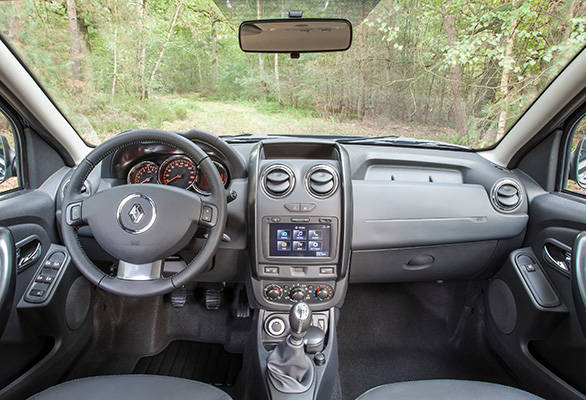 On the inside, the updated model looks vastly similar to the present model. A revised instrument cluster, steering mounted controls instead of one behind the wheel and a new centre console with an updated infotainment system are the visible changes. Additional features include cruise control and speed limiter, rear park assist, Electronic Stability Control and standard dual front airbags. Renault may look at bringing in the updated Duster to India at the Auto Expo 2014 and announce plans of sale thereafter. The company may slightly increase prices with respect to the outgoing car.

Check our photo gallery of the updated Duster here