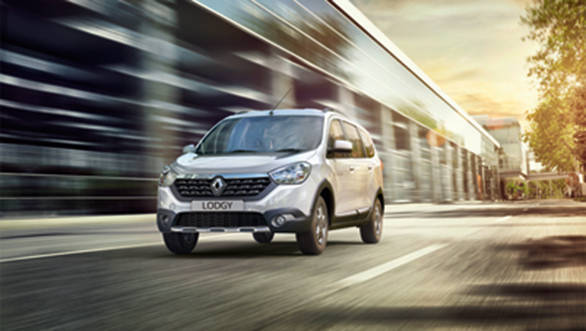 The Renault Lodgy Stepway has a jewel studded front grille, body cladding, roof rails and skid protectors. There is a chrome garnish on the boot as well. The bumper is a two-tone unit and there are also scuff plates. There are also Stepway decals on the outside.

Inside the cabin, the Renault Lodgy Stepway edition gets the same features as the regular MPV and comes in 7- and 8-seater configurations. The Lodgy Stepway is available only with the more powerful 110PS/245Nm engine. The Stepway commands a premium of almost Rs 60,000 more than the regular trims and get ABS, twin airbags, EBD, reverse camera and brake assist.