The Renault Triber MPV has now been launched in South Africa. The MPV being sold in this market is manufactured by Renault India at it's Chennai plant.

Prices for the Triber in South Africa start at ZAR 164,900 or roughly Rs 7.91 lakh. There are three trims available, Expression, Dynamique and Prestige. The two higher trims cost ZAR 174,900 and ZAR 189,900 respectively. 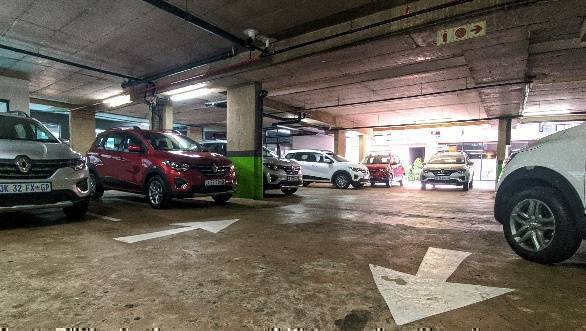 The Triber sold in South Africa is mechanically identical to the version sold in our market. It gets the same 1.0-litre three-cylinder motor but with minor bump in outputs at 71PS and 96 Nm. The fuel economy figure here is 18 kmpl. Slight changes have also been made to the MPV's suspension to cope with the more advanced road network in South Africa.

Notable features on the Triber in South Africa are again very similar to what we get here. Buyers get an eight inch infotainment screen with Android Auto/Apple Carplay and six speakers, four airbags, keyless entry, powered mirrors, three-row AC vents and so on. The very flexible seating arrangements with the detachable third row is also available. In South Africa, the Triber comes with a
five-year/1,50,000 km warranty and two-year/30,000 km service package.

The top two variants will get the AMT version in the second half of 2020 for a roughlyRs 50,000 premium. Expect a similar timeline for India for this version. The 1.0-litre turbo-petrol will follow soon after.

Like in India, the Triber has real rivals in South Africa. It goes up against the Datsun Go+ and the Suzuki Ertiga.