An image of the Rolls-Royce Cullinan SUV has been leaked ahead of the SUVs official unveiling tomorrow. The image, from a private event, shows the Cullinan to follow the Phantom's styling closely. The only major change is the larger front bumper which incorporates bigger air intakes and a subtle chrome scruff plate below the pantheon grille. The full-LED headlights also come with a differentiated light signature and bigger fog lamps. 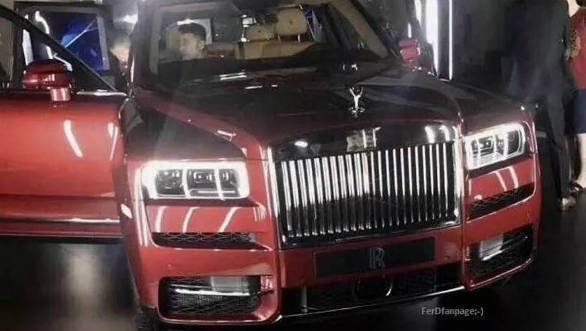 The SUV has been seen in camouflage before a number times via its campaign with National Geographic but this is the first time it has been seen completely undisguised.
The Cullinan SUV has had a four-year-long development cycle and has undergone rigorous all-weather and all-terrain testing to make it a credible Roll-Royce product. The SUV will not be based on BMW's latest CLAR architecture which will underpin the upcoming X5 and X7. The Cullinan will instead use a redeveloped version of Rolls-Royce's own 'Architecture of Luxury' aluminium-intensive structure which was seen on last year's Phantom VIII. 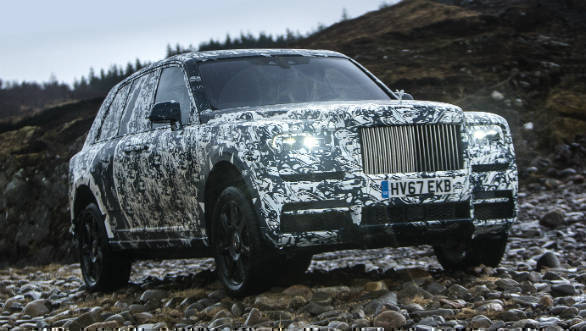 The SUV, or 'high-sided vehicle' as Roll-Royce likes to call it, will be powered by the 6.75-litre twin-turbo V12 from the new Phantom. It is unknown if the motor will come in the 563PS and 900Nm tune of the sedan. This motor will be paired with an 8-speed automatic and a four-wheel drive system, rear-wheel steering could also be a possibility. Hybrid or all-electric versions can also be launched eventually. Rolls Royce has confirmed there will not be a diesel version given that tech's relative refinement. 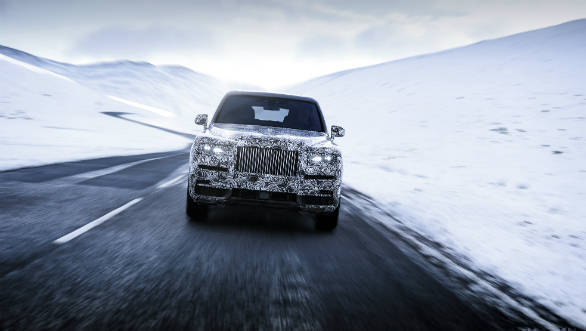 The exterior design is typically Rolls with the front looking very similar to the Phantom. The overall boxy, flat-sided design theme is clearly visible in these images. The rear-hinged doors from the Phantom can also be seen here. A number of seating configurations will be available with a unique set of jump-seats being offered for owners to use the boot as a viewing gallery. The interiors will have the same level of luxury as is expected of a Rolls-Royce. 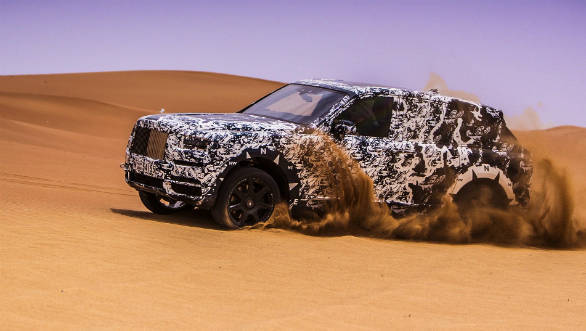 The Rolls-Royce Cullinan gets its name from the Cullinan Diamond, a 3106-carat diamond extracted from a South African mine in 1905. It was split into nine stones, with the two largest used in the British imperial crown and the Sovereign's Sceptre with Cross. The Cullinan will compete with the Bentley Bentayga W12 when launched but might overshadow it in terms of price.
An SUV doesn't exactly sit right with what a Rolls-Royce stands for, but this has been overshadowed by how popular ultra-luxury SUVs have become. Other high-end car makers like Lamborghini, Aston Martin and Ferrari have either launched or will launch such cars in the near future. Given the current trends, such a car is essential for Roll-Royce and will help the brand stay competitive.