Rolls-Royce has announced that its upcoming SUV, the Cullinan will be shown being tested before its official launch. The all-wheel drive Rolls-Royce Cullinan SUV, which will rival the Bentley Bentayga and the Lamborhini Urus, has been undergoing testing for close to three years, and will be launched globally later this year. Rolls-Royce will broadcast some of the most gruelling parts of the Cullinan's testing on social media through the company's new deal with National Geographic. The Cullinan has been tested in Northern Europe, the Middle East, and the US. National Geographic will now film the SUV under its 'The Final Challenge' series and post it on social media. 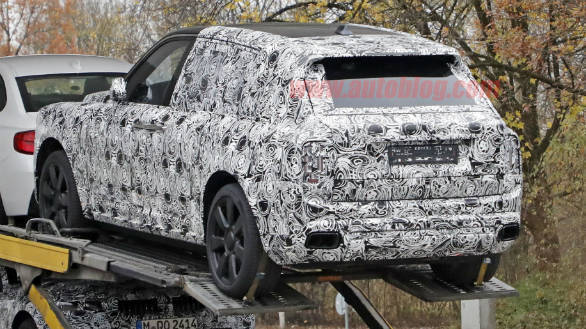 The Cullinan has been spied being tested earlier. The spy shots reveal the Cullinan's rectangular LED headlamps as well as the A and B pillars. A part of the roof is also visible. The front end looks similar to the current Phantom and that's no surprise since the Cullinan is based on the same platform that underpins the new Phantom. This also means that the Cullinan may get the same, 6.75-litre, V12 motor that powers the new Phantom.

The long bonnet and big mirrors are a typical characteristics of a Rolls-Royce making the Cullinan instantly recognizable as one. The side profile, though heavily camouflaged, suggests that the Cullinan will have the adequate amount of muscle, a defining trait of an SUV. That said, this is a Rolls-Royce, so the coach style, rear-hinged door is also present. Expect Rolls-Royce to offer a cavity in the door to store an umbrella, for the VIP, just like what you get in the Phantom, Wraith or Silver Ghost. 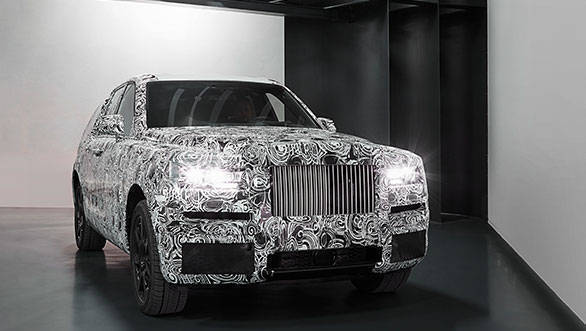 The rear end will sport vertically stacked, rectangular headlamps, dual exhausts and a big roof spoiler. From the looks of it, we suspect the rear wiper is hinged to the top of the rear windscreen, with the wiper blade hidden under the spoiler, when not in use. For now, that's all that we can decipher after studying the camouflaged Rolls-Royce Cullinan.

It's no secret that the SUV market is booming around the world and luxury car manufacturers are jumping on the bandwagon. Rolls-Royce's rival Bentley introduced the Bentayga last year and supercar manufacturer, Lamborghini also launched the Urus SUV recently.