Rolls-Royce has unveiled a new 'Inspired by Music' edition of the Rolls Royce Dawn drop-top. Notable additions to this car are a new audio system developed in-house termed Bespoke audio, a Lyrical Copper exterior paint finish which comes in a blend of brushed and polished textures, copper highlights throughout the car which show the importance of this metal to the music industry. Another exterior colour option is the Andalusian White shade. 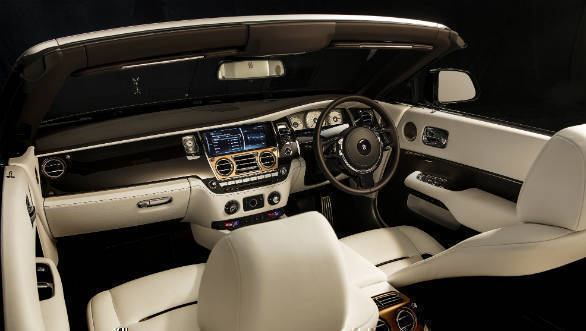 Other features remain the same as the standard car and there aren't any mechanical changes either. The Dawn is powered by 6.6-litre twin-turbo V12 petrol engine which puts out 570PS and 820Nm. The car gets from 0 to 100 in 4.9s and onto a limited top speed of 250 kmph.

Not surprisingly for Rolls Royce, the company has put together a music track using entirely the sounds of the Dawn. The convertible was taken for a spin in Rolls-Royce's anechoic chamber, in Goodwood, West Sussex. The special sound-deadening room is most commonly used during the build process of all Rolls-Royce cars to detect any unwanted extraneous sounds. 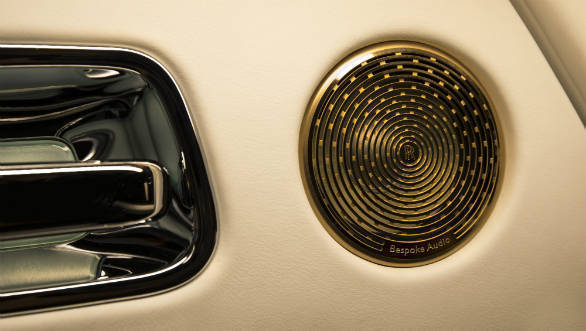 A hyper-sensitive microphone was used to capture the mechanical and electrical tones of the Dawn, including the soft closing doors, the umbrella exciting from its enclosure in the door, the windscreen wipers, indicators and the Spirit of Ecstasy whirring into place on top of the grille. These sounds were then mixed together with deconstructed music stems to create a wholly new track. 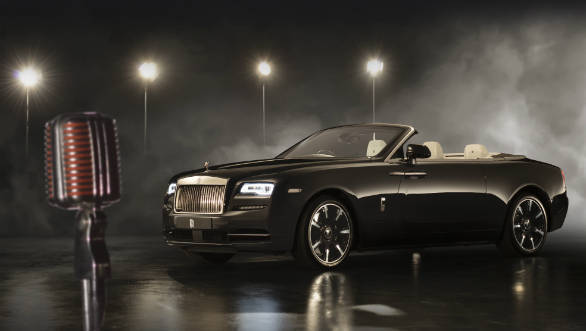 The Dawn 'Inspired by Music' follows from the Wraith 'Inspired by Music' which debuted in 2015. That car came with a 1300W, 18 channel system comprising two powerful bass speakers, seven tweeters and seven mid-range speakers, with microphones constantly monitoring ambient and exterior noises, allowing the system to adjust volume and tone settings automatically.

Limited-run specials like these are something which Roll-Royce does often. These tend to usually showcase the company's superior craftsmanship and attention to detail.

Watch the video below: