Rolls-Royce has launched the new Ghost Series II in India at Rs 4.5 crore ex-showroom. The refresh done to the new car is subtle as seen when the car was first showcased at the Geneva Auto Show this year. 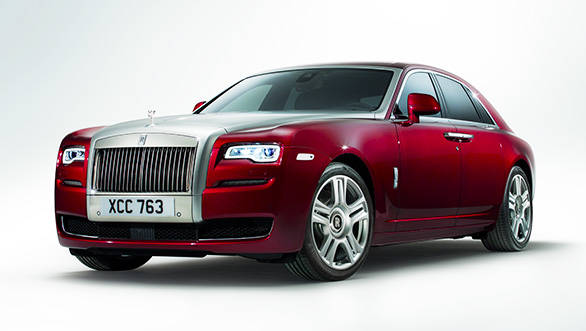 The changes on the outside, which are more 'blink and miss',  include a new bonnet, a front air intake surrounded by chrome and new bumpers. Changes inside include a new navigation system, updated audio with a new user interface as well. The seats too have been reworked for more comfort and get heating options as well. Under the hood, the Ghost Series II continues with the 563PS/780Nm 6.6-litre twin turbo V12 motor. The engine is mated to a satellite guided eight-speed transmission that pre-selects the cog based on the road conditions ahead.

Rolls-Royce says that the Ghost Series II will not only carry its occupants in utter luxury but also do the 0-100kmph run in 4.7 seconds. The top whack is 250kmph, which is electronically limited. Rolls-Royce claims that the Ghost has now become more involving to drive with a reworked suspension.