The Rolls-Royce Ghost series II was showcased at the recently concluded Geneva Motor Show. The new Ghost will be launched in the UK by mid-2014 and in the Indian market by November.

The new model does not have major exterior changes and has little to distinguish on the outside from the previous version. The most notable change can be seen in the new LED headlights which have been daytime running lamps around them. The front air intakes get chrome embellishments and the bumper has been slightly reworked. The bonnet gets a wake line which connects the Spirit of Ecstasy to the windscreen giving a small dynamic touch. 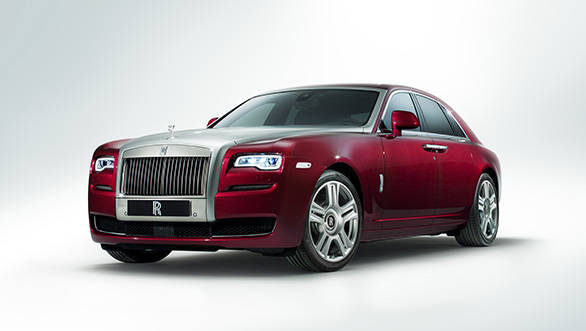 Inside there is all the opulence you can expect from a marque like Rolls-Royce. The seats, dashboard, centre console and door trims are all draped in the finest leather. Glossy wooden panels on the dashboard lend a touch of class and add to the overall smooth finish. The Rolls offers extensive levels of customization and you can order bespoke motifs to suit your style. Features include onboard Wi-Fi, bespoke audio, heads up display and voice recognition controls. 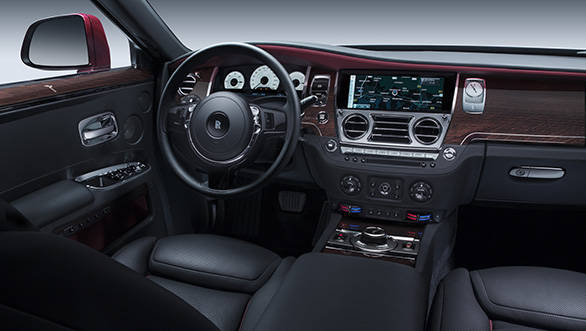 Under the hood everything is the same, which means that you get the huge 6.6litre, twin turbo, V12 producing 571PS and 780Nm of torque mated to an eight-speed ZF auto tranny which now gets satellite aid and is now able to read the road ahead and adjust the gear accordingly thereby giving better fuel efficiency and reducing unnecessary gear changes thereby providing a smoother ride.