Royal Enfield Classic 350, 500 to be updated in India soon

Royal Enfield will be soon bringing in updates to the 350 and 500 range in India. Both the models are expected to be priced around Rs 5,000-7,000 more than their current prices (Classic 350 Rs 1.35 lakh and Classic 500 Rs 1.58 lakh, ex-Delhi). RE refused to comment on the timeline of these products though. While these changes were already available in the export models (RE showcased them at EICMA 2016), the Indian models only received new colours as well as upgrade to BS4 and AHO, except for the Himalayan. RE's affordable adventure tourer was off the market due to non compliance with BS4 emissions and a new one is already on its way to showrooms. 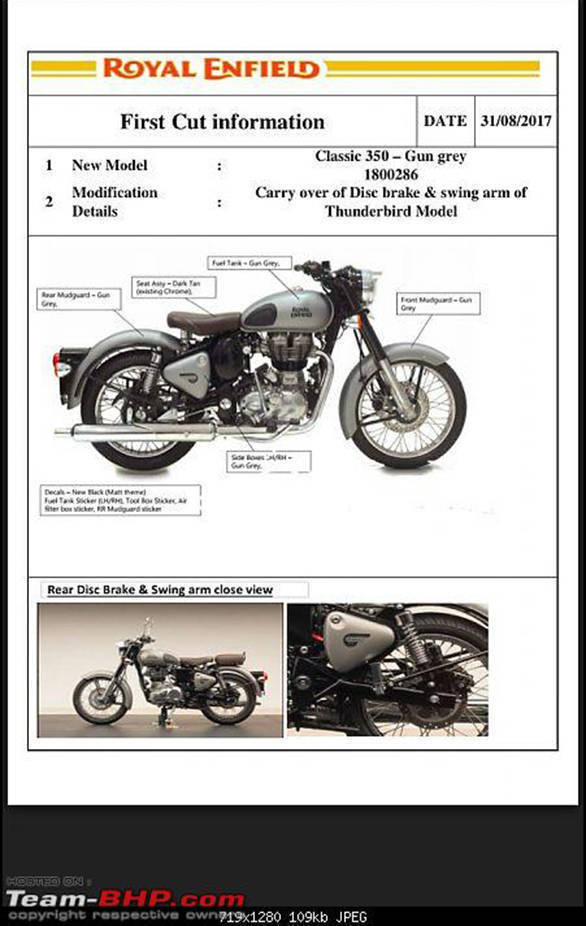 A leaked spec sheet of the new RE Classic 350 and 500 shows that the motorcycles will receive the swingarm from the Thunderbird models as well as a rear disc brake. Royal Enfield currently ships the 350cc trim with a 253mm rear drum brake. Post the update, it will be available with a 240mm rear disc. The company still doesn't offer ABS and we believe it will only be introduced next year once the government regulations kick in April.

Apart from this, the Royal Enfield Classic 350 will be available with a new gun grey colour option while the RE Classic 500 will adorn a black paint scheme. There are no changes to the engine and powertrain - the fuel injected 20PS/28Nm 350cc single and the 27.2PS/41.3Nm 500cc Fi continue. Both the engines are mated to a 5-speed unit. 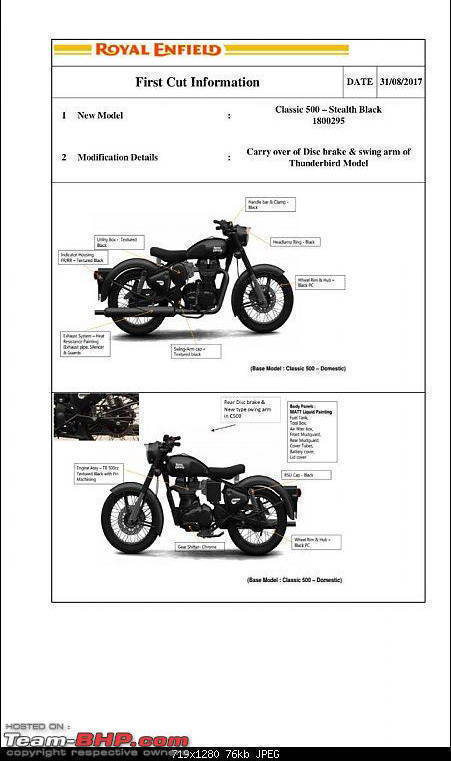 RE just started operations at its Vallam Vadagal facility, its third plant in the country. A few dealers we spoke to confirmed that they have started deliveries of the Himalayan BS4 Fi. However, the delivery period varies from 60 to 90 days depending on the region.