Royal Enfield Himalayan might enter the US market soon

Chennai based motorcycle manufacturer, Royal Enfield is gearing up to launch its adventure offering, the Himalayan in the US market soon. This update comes after the recent development where Royal Enfield filed for US certification for the Himalayan. The company already has a presence in North America and is planning to increase its reach in that market with new motorcycles. 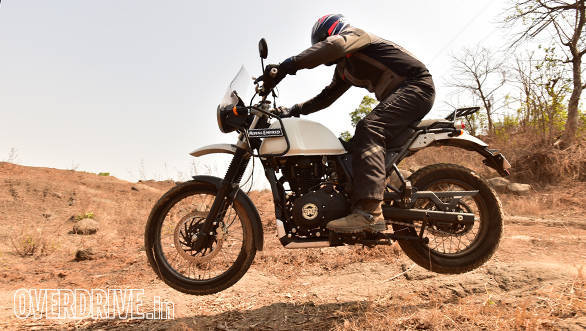 Royal Enfield has already sent a small batch of Himalayan motorcycles to the US and received a positive reaction for the same. Rod Copes, president of the North American division of Royal Enfield states that the adventure motorcycle is the only segment that is growing in the US market. Presently, Royal Enfield doesn't have a great presence in North America and that is because the local dealerships don't want to add a new brand that they don't know. However, that has still not stopped the motorcycle manufacturer to bring in new products. The brand will also be increasing its investment in the product development center in the UK, said Copes.

The Royal Enfield Himalayan was launched in India last year. The company launched the BS4 model earlier this year at Rs 2 lakh. While Royal Enfield has updated the ignition of the Himalayan, the power and torque figures remain unchanged. The 411cc single-cylinder motor makes 24.5PS at 6,500rpm and generates 32Nm at 4,250rpm.