Royal Enfield is about to launch its new 650cc twins, the Interceptor 650 and Continental GT 650, in India in the coming months. Even as the company prepares for its biggest launch this year, specifications and details of the two motorcycles have been leaked. The details come from a service training manual. While the company had already released some of the specifications when the two motorcycles debuted during EICMA 2017, we now know that the 650cc twins feature Bosch 9.1M dual-channel ABS for the 320mm front and 240mm rear disc. Bookings for the two motorcycles will begin in November 2018. 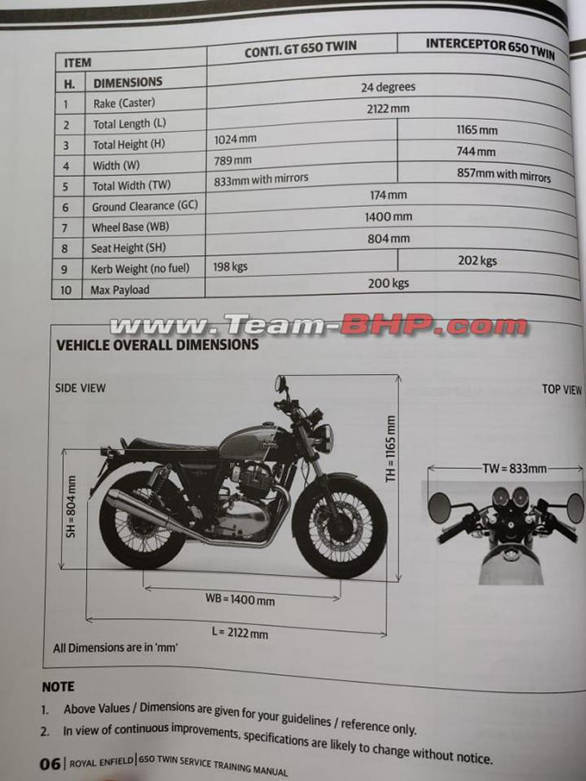 The Royal Enfield Interceptor 650 weighs 198kg (dry) and the Continental GT 650 is 202kg. You can read more of the specs in the images. We will be riding both the motorcycles next month, so stay tuned to find out what we think of them. The highlight of the two motorcycles is the new 650cc parallel twin engine developed by Royal Enfield. The motorcycles made their debut in India at the 2017 Royal Enfield Rider Mania. 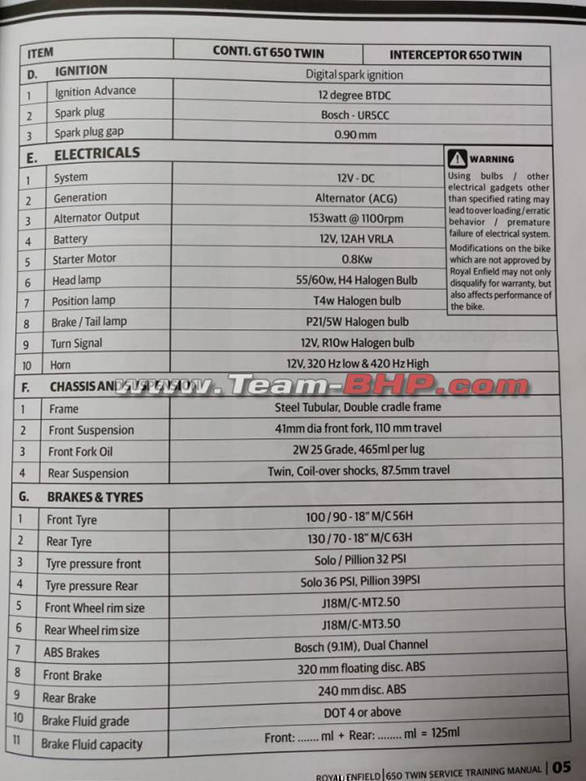 Another important statement given by Lal is that both motorcycles will be launched in India as well as international markets simultaneously. The company had earlier planned to launch the motorcycles abroad first, and later in India. At launch, the 650 twin will only be available in limited numbers. The company will ramp up production only four months after the launch. Initially, the global launch was planned for mid-2018, but will now take place towards the end of the year. 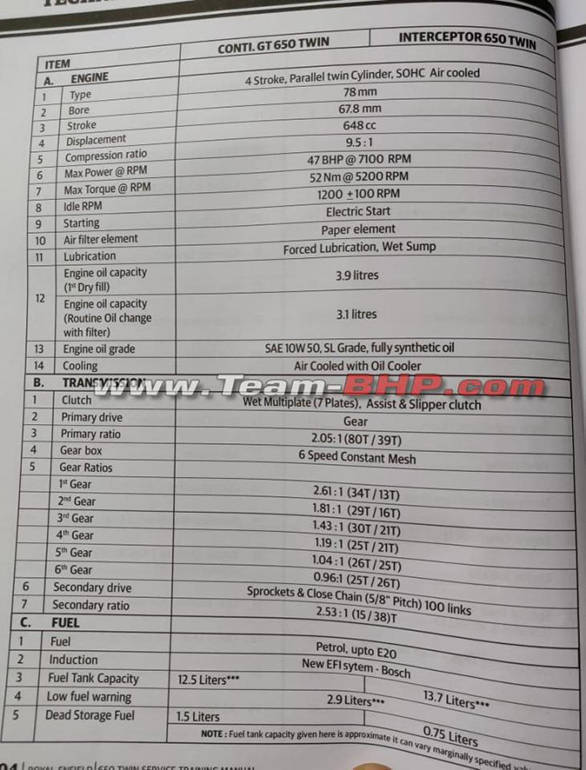 The fuel-injected, air / oil-cooled 650cc parallel twin motor produces 47PS at 7,100rpm and 52Nm at 4,000rpm and is mated to a six-speed gearbox. The motorcycles also get a slip-assist clutch. The Royal Enfield Interceptor 650 Twin draws inspiration from the yesteryear Royal Enfield Interceptor and it looks in line with the modern classics seen from other manufacturers. 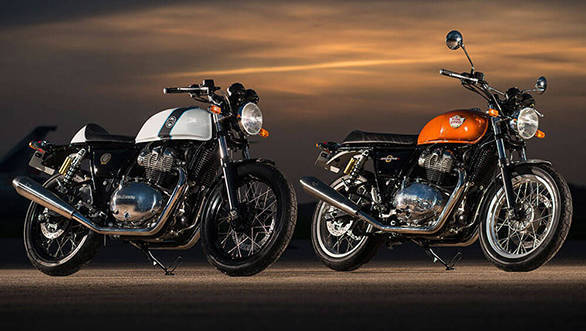 The Continental GT 650 Twin, on the other hand, is an ode to the café racer culture from a few years ago. Royal Enfield has stated that there are no shared parts between the new Continental GT 650 and the current Continental GT with the 535cc, single cylinder engine. Both motorcycles employ a double cradle, steel tubular frame as well as 41mm front forks and twin, coil over shocks at the rear.