Royal Enfield Rider Mania 2018 to be held in Goa from November 16 to 18, registrations open

Registrations have opened for the 2018 edition of Royal Enfield Rider Mania. The event will be held over three days in Goa between November 16 and 18.

The company claims that the Royal Enfield Rider Mania is the largest gathering of Royal Enfield enthusiasts in the world. The three-day event will see owners and enthusiasts take part in a number of events that test their skills both, on the motorcycle and off it. Visitors can also sit back and spectate these events. There is also a large variety of artists and genres of music to accentuate the festive vibe of the event. 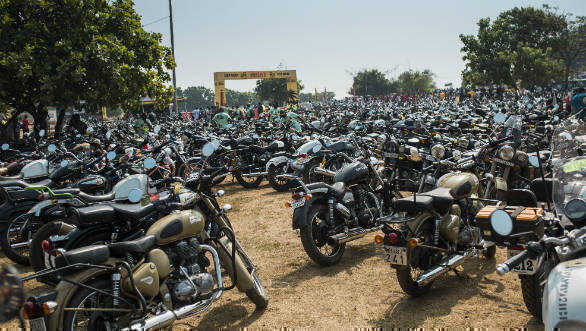 Describing the event, Royal Enfield's press release says, Rider Mania, Royal Enfield's most definitive motorcycle festival is back and it is set to get bigger and better this year with an action-packed 3 days of Music, Mates and Motorcycling like never before. All roads leading to Goa will be dotted with Royal Enfield riders from across the globe as they home in to Rider Mania to join other like
minded enthusiasts from 16th to 18th November.