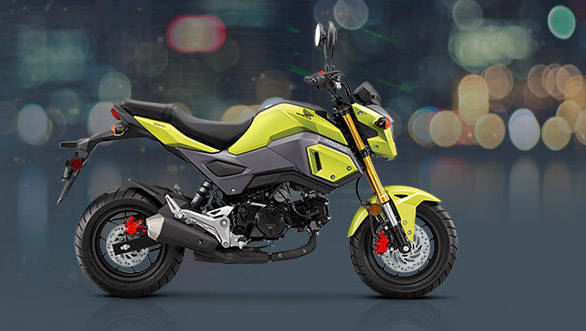 The Honda Grom looks like a grown-up Navi. It however is equipped with ABS, front and rear discs as well as a digital instrument console

The 2017 Honda Grom maintains the small motorcycle form factor and doesn't skimp on the equipment either. But it gains a new split design LED headlight, new plastics and a low-slung exhaust. It also has sportier handlebars, a new flip-style key. The subframe sweeps upwards at a sharper angle which raises the height of the pillion seat and makes the Grom look sportier as well. 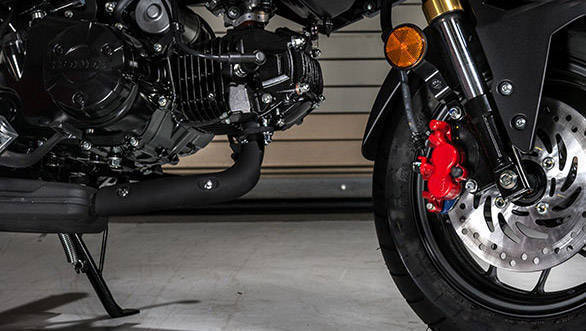 The engine, though, is unchanged. This is the same 9.7PS 125cc air-cooled, fuel-injected single cylinder motor with the four-speed transmission as before. 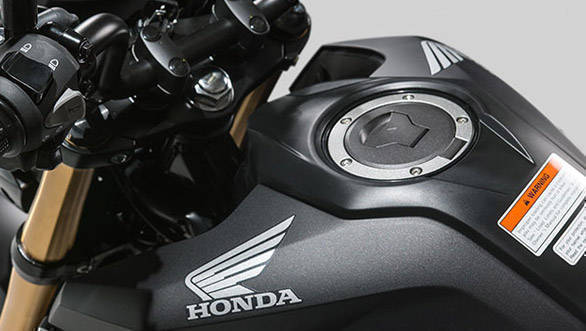 The Honda Grom gets 31mm upside down front forks 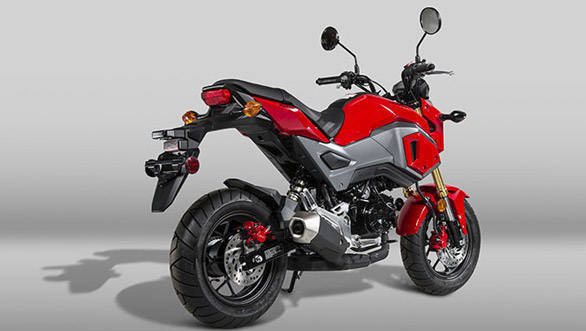 The Honda MSX125 Grom gets a side slung exhaust, IRC tyres and ABS

The Grom uses a 31mm USD fork at the front with a steel swingarm and a monoshock at the rear. ABS is available on the 220m front disc (190mm rear) and the tyres are IRC 120/70 and 130/70 on 12-inch rims. This isn't bare bones equipment for a machine this small either! 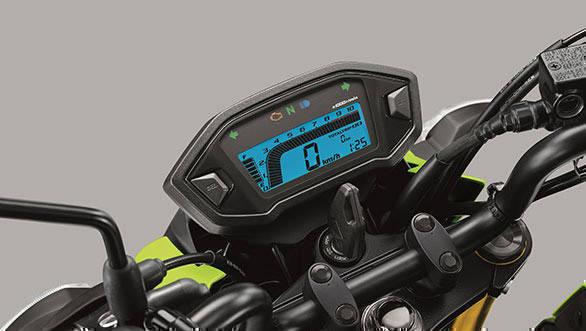 While the dimensions of the Honda Grom could easily fool you into thinking its for kids, it isn't. The Honda Grom is a fun take on an urban runabout and Honda has roundly been praised for getting the engineering as well as feel right. Full size humans will ride this happily and the Grom, surprise, has been praised for its handling too! We expect Honda will show the Grom at the 2018 Auto Expo as a precursor to the launch, likely in April. We expect to see a price just under the Rs 1 lakh mark.