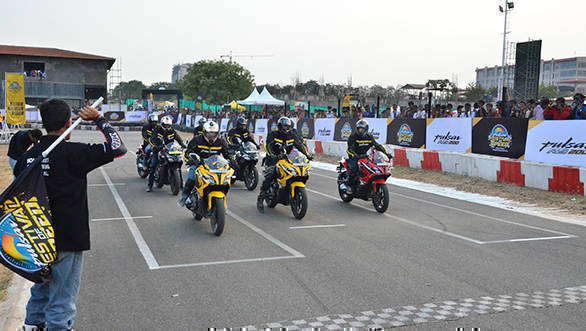 The second edition of the Pulsar Festival of Speed is scheduled to begin with the first round of races being held at Leisure Valley in Gurugram, Haryana.

Each round will hold four categories depending on the type of bike - the Pulsar RS 200, 200 NS, AS 200 and 220. There will be a total of six qualifying rounds for different cities. The top six participants from each city will compete in the grand finale at the Kari Motor Speedway in Coimbatore. The national champion will be awarded Rs 2.7 lakh in prize money.

After Gurugram, the second round will be held at Leonia Holistic Destination in Hyderabad on March 5, followed by Round 3 at the Marina Kart Arena in Chennai on March 11. Round 4 will be held at Meco Kartopia in Bangalore on March 19 while Round 5 will take place in Aamby Valley, Lonavala for Mumbai and Pune on April 2. The grand finale will be held along with Round 6 in Coimbatore on April 9.