Sehwag thanks Sachin for gift of BMW 7 Series car worth Rs 1.14 crore

Former Team India opening batsman Virender Sehwag took to Twitter to thank former opening partner Sachin Tendulkar who gifted him a BMW 730Ld. The BMW 7-Series sedan is worth Rs 1.14 crore. The two have maintained a warm friendship which has extended from their heyday as openers for the cricket team during the ICC World Cup 2003 and into their retirement. When Sehwag had announced his retirement, Tendulkar had said that he was a true champion and an absolute joy to play alongside. Sehwag meanwhile has never let go of an opportunity to thank Sachin for inspiring his journey to the Indian cricket team. Late on September 26, Virender Sehwag put up a picture of himself with the new BMW 730Ld along with a caption reading, "Thank you @sachin_rt paaji and @bmwindia .Grateful for this !" 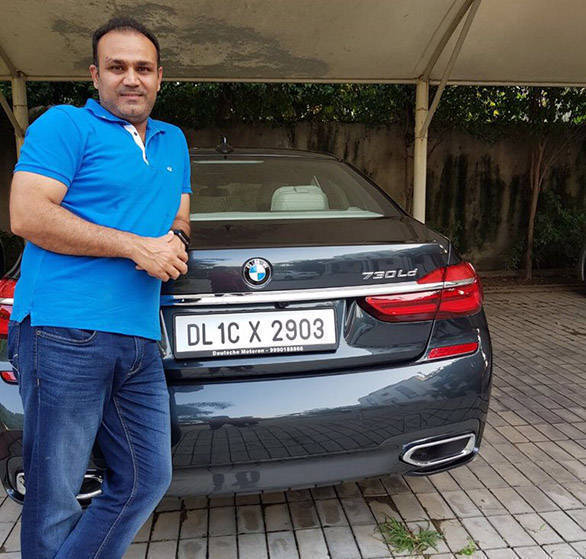 The 7 Series has always been the more sport oriented of all the luxury sedans. It's still a proper luxury car, but the sporty BMW character always shows. The signature Hofmeister kink (the kink on the rear window frame) is for the first time a single piece in a series production BMW. The 730Ld continues to use the 3.0-litre straight-six diesel as before but produces 265PS and 620Nm of peak torque from as low as 2,000rpm. This along with a 100kg lighter kerb weight than its predecessor makes the 7 Series a better performer. In our test runs, the car consistently did the 0 to 100kmph run in 6 seconds.