The rider line-up for the inaugural season of MotoE seems to be drawing closer to completion, with a few prominent names like Randy de Puniet and Bradley Smith already having been announced as part of the grid. 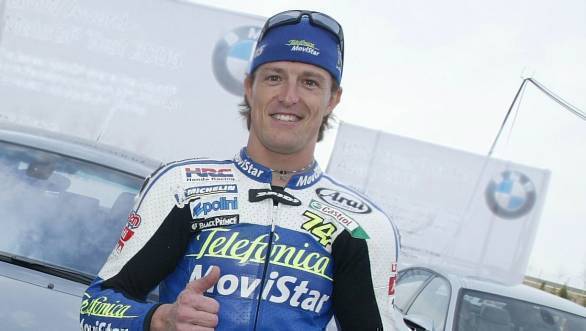 Gibernau has stated that he never expected to be back in motorcycle racing, but also said that he has his work cut out for him in order to live up to Sito Pons' expectations. Pons himself stated that when the championship was announced, the team was convinced that they would be part of the championship since it is the future of motorcycle racing. They were also convinced that they needed an experienced pilot to help them in this venture, and could think of no one better than Gibernau for the job.

The teams competing in the 2019 MotoE championship will all be using Energica motorcycles in the five-round championship that will be held at Jerez, Le Mans, Sachsenring, Red Bull Ring, and Misano, alongside the MotoGP races at those tracks.