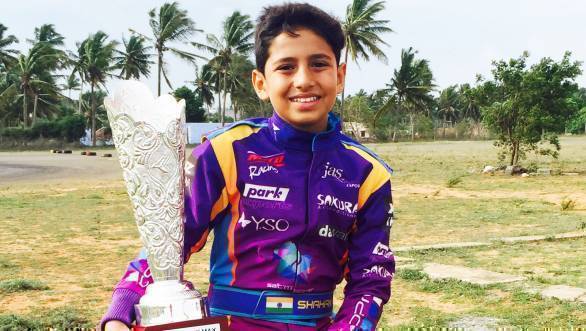 Shahan Ali Mohsin, the 12-year old karter from India, is going to make his debut at the Rotax Euro Finals at Speedworld Circuit in Austria. The Indian driver was one of two Asian drivers nominated to compete in the event. The other Asian driver who will take to the Austrian track is Malaysian driver Oscar NG. The Rotax Euro Finals see the best drivers from all over the world come together to compete in Europe. This means Shahan will find himself competing against 48 of the best Micro Max drivers from all over the world.

"It is a real honour to be the first Indian to represent the nation in Rotax Euro Finale in Micro Max and we will be hoping to do our absolute best", said Shahan of the opportunity that he has been presented with. Shahan continued to say that while it was his first European event, he was also aware that it was more than a national level race, but "a really competitive annual event which brings together the best drivers from all over the world." The aim, he said was to learn as much as possible, while also achieving a good result along the way.

The Indian driver who is currently in the lead of the Micro Max Category of the Asian Karting Championship, was nominated to compete in the event by KRS Motorsport Malaysia, the promoters of the Asian series.

The warm-up and qualifying of the Rotax Euro Finale is scheduled on Saturday, August 13th while the main pre-final and final races are scheduled on August 14th. We will keep you posted on how Shahan fares.