Energy recovery systems (ERS) are different from energy storage systems. The latter is a just a 'box' into which energy goes to wait for it to be called upon. These 'boxes' take many forms, like batteries, capacitors and flywheels. We've discussed these separately in other editions of Simple Tech. The ERS, on the other hand, aims to recover as much energy as possible from the by-products of a system. This is energy that would otherwise be released as waste. What kind of waste? Heat, sound, hot gases, radiations of many kinds, fluid flows and dynamic motions that do not achieve work. The ERS aims to recover this energy and send it either to a storage system for later use, or to the machinery to boost its performance. Think of an ERS as a sugarcane juice machine where it keeps taking the same cane again and again and crushing it to extract every drop of juice possible. ERS' improve the efficiency of a system - in our case, the internal combustion engine - by reusing the wasted energy as much as possible.

ERS aren't unique to vehicles, or new in concept. Most renewable energy systems are, in effect, ERS systems harnessing natural energy that would normally go waste. Examples? Solar cells, wind/water turbines and sails. Human ingenuity gives rise to other systems as well - turbochagers and regenerative braking, for example. Let's dive one level deeper. The Sun's energy is free to us and on its own, it has life-giving properties too. But solar cells convert this energy into electricity that we can use, or store for later. Heated water is also an energy recovery system that achieves a different result. Similarly, water flowing downstream packs a lot of power. This can be harnessed by water turbines to generate electricity. Earlier (and in some cases even today), flowing water has been used to directly power mills and factories. Wind, similarly, has been turned into movement by sail boats, and now we have those slow-turning windmills that generate electricity as well. Other ERS systems include the little watch-based systems that use solar power (older form) and movement (new sensation) to create power for the watch mechanism. 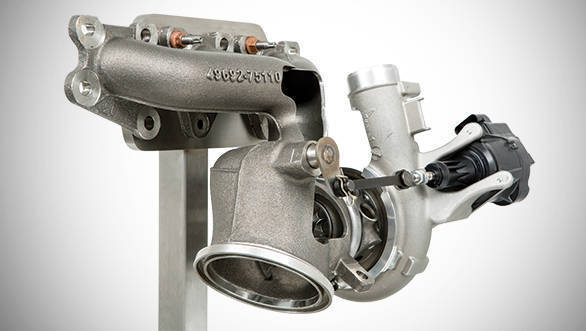 To return to our cars and motorcycles, they all share their need for an internal combustion engine (ICE). We know what the result of powering these vehicles is - fun! The exhilaration of acceleration, the freedom of movement and so much more. But attendant to this is heat, sound, smoke and other by-products. We even love some of these by-products - like the lusty wail of a four-cylinder motorcycle engine. Or the hair-raising howl of a V10. But we also complain when the heat of a big engine cooks our legs on the motorcycle. Or of smoke from the exhaust which is surely choking our Earth. What if we could recover some of this energy and get useful work done with it?

Perhaps the most famous ERS in an ICE application is the turbocharger. Once you get past the turbo lag, the blast of acceleration is always thrilling. But what you usually don't realise is that the turbocharger also produces greater fuel efficiency and, cleaner as well as cooler exhaust fumes. This is without asking anything extra from the fossil fuel. We have discussed turbos in detail before here but it bears repeating. The exhaust gases coming out of the exhaust manifold contain both heat and pressure - energy. Normally, it is released into the air and that energy goes waste. A turbo takes this energy and uses it to run its turbine. This, in turn, is attached to a compressor of sorts, that pumps more air into the combustion chamber. The result is a bigger bang from the same amount of fuel, more or less - more power for free. The exhaust gases coming out of the pipe now is slower moving as well as cooler - that's the energy we recovered through the Turbo.
Some motorsport series' like Formula 1 and others, have taken this idea to the next level. They attach a small electric motor to the turbo via a shaft. If you remember the electric motor discussion from last month, you know that an electric motor works as a generator if the power flow reverses, right? So when the turbo is driven by the engine exhaust, the spinning motor starts to produce electricity which is stored in an onboard battery. This power can be used to overcome, for example, turbo lag or boost acceleration. This is known now as the unwieldy MGU-H (motor-generator unit - heat) in motorsports. The beauty of the system is that it asks for no fuel at all to be burnt for this additional energy.

And that is what an ERS does. You can bet that more of these systems and more kinds of systems are in our future as we hit ever tighter emission norms. Next month, we dive in deeper.