The sun was finally out on Day 3 of the Maruti Suzuki Dakshin Dare 2014, after the first two days had the vehicles fighting it out against each other and the ceaseless rain. Not that the bright and peachy rallying weather was enough to dry out the slush and soggy terrain that the vehicles had to tackle on the way from Vidyanagar township to the Canal stage, alongside the Tungabhadra canal. 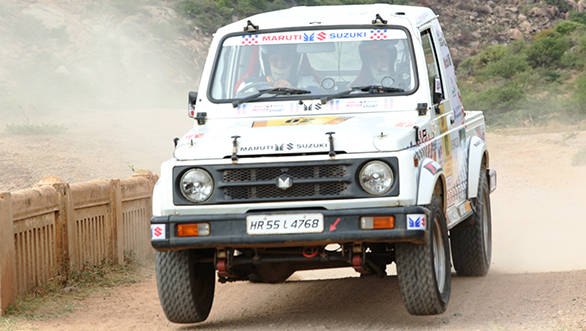 At the end of the 100 kilometres covered while competing in the Extreme Car category, Team Maruti's Sandeep Sharma and Varun Davessar in their Maruti Gypsy came out on top, clocking a total time of 1:57:19. The second and third spots too were taken by Gypsys with runners up Sanjay Agarwal and Venu Ramesh closing at 1:58:52 and nine time Raid de Himalaya champion Suresh Rana and Parminder Thakur, at 1:59:23. In spite of leading on Day 1, Amanpreet Ahluwalia's decline to the eighth position on Day 2 after receiving a stop and go penalty, could not be salvaged completely. He did come up by three spots and got to fifth by Day 3. Owing to a flat tyre they had to tackle on two occasions, Monish and Jeeva slipped from the fifth position to the seventh. 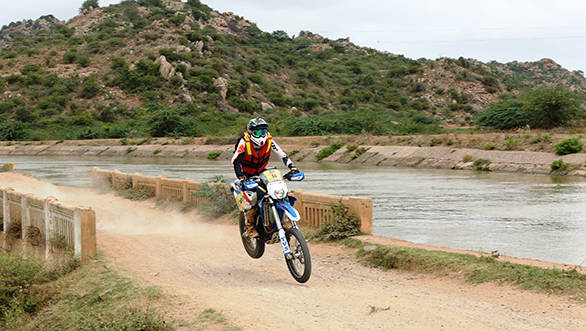 The Extreme Bike category however did not see any drastic overhauls - defending champion of Dakshin Dare 2013, Natraj held the lead, clocking in at 1:36:05. Runners-up Mohit Verma (1:40:04) and Pramod Joshua (1:44:28) did not move from their second and third spots (respectively) either. 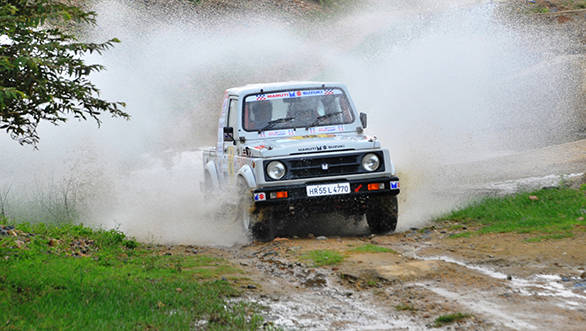 Sandeep Sharma at the Canal stage