Skoda Auto India has announced that it has appointed Pavel Richter as its production technical director for the India 2.0 project. This new role makes him responsible for the production of all the models at the company's Pune plant. The India 2.0 project was announced earlier this year, under which Skoda Auto has taken up the responsibility for the Volkswagen Group's planned model campaign for the Indian market. Under it, the company will also develop vehicles specific to India based on its MQB A0 IN platform. The first vehicle from this lineup will be an SUV which will debut by 2020. 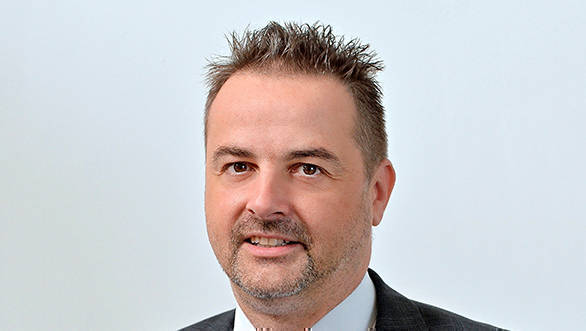 Here is the full press release from Skoda Auto:

Pavel Richter will be assuming the role of Production Technical Director of the KODA led INDIA 2.0 project of the Volkswagen Group on 1 November 2018. The 46-year-old will be responsible for the production of all the models at the plant in Pune. The personnel restructuring is part of the 'INDIA 2.0' project. Under Gurpratap Boparai's leadership, KODA is responsible for the Volkswagen Group's model campaign on the Indian market.

Reorganizing the responsibilities at the management level is an important step in implementing the 'INDIA 2.0' project. With the appointment of Pavel Richter to the position of Production Technical Director, KODA has now filled one of the key positions at an early stage.

Dr. Andreas Lauermann, Managing Director and President of Volkswagen India Private Ltd. says: "I am delighted to welcome Pavel Richter to our team in Pune. With his experience, he will play a crucial role in achieving our common goal of further strengthening the Volkswagen Group's position in the strategically important Indian market."

Gurpratap Boparai, Managing Director of KODA AUTO India Private Ltd. and Head of 'INDIA 2.0' project emphasises: "Pavel Richter has known the company for many years and has considerable expertise in the international automotive industry. With his capabilities, he will play a key role in making the 'INDIA 2.0' project successful."

Pavel Richter has been working for KODA AUTO since 2000, and has performed various managerial roles in the Czech Republic as well as other international markets. In 2011, he became Head of the KODA plant in Kvasiny, Czech Republic. From 2014, Richter was responsible for the production of the OCTAVIA, RAPID and KAROQ models at the company's headquarters in Mladá Boleslav.

As part of 'INDIA 2.0', KODA will be responsible for the Volkswagen Group's planned model campaign on the Indian market, for which one billion euros will be invested between 2019 and 2021. KODA will manufacture the new products locally based on the subcompact platform MQB A0, initially focusing on India (MQB-A0-IN).

The second step will involve the company investigating the possibility of exporting the vehicles manufactured in India. KODA and Volkswagen plan to develop various models on this platform. The model campaign will be launched in 2020 with an SUV. To ensure the planned models meet the needs of Indian customers, KODA is striving for maximum market proximity from the very start.

The technical development of the new products will take place primarily in India. In this context, the car manufacturer plans to gradually create new jobs locally.

KODA AUTO India Private Ltd. currently offers a four model series: the KODA RAPID, KODA OCTAVIA, KODA SUPERB and KODA KODIAQ. The KODA series OCTAVIA, SUPERB and KODIAQ are manufactured in Aurangabad alongside various models from the Group brands Audi and Volkswagen. The RAPID runs off the production line at the Pune plant, where the Volkswagen series VW Polo, VW Vento and VW Ameo, and engines are also manufactured.