A slew of teasers later, Skoda Auto has debuted its first ground-up new fully-electric car, the Skoda Enyaq iV. As is the trend, the Enyaq is a large SUV similar in size to the Kodiaq, and is the first of a full lineup of EVs to follow. Although given its MEB architecture and EV packaging, significant departures have been made from the brand's other offerings.

The Enyaq iV continues to feature a vestigial Skoda butterfly grille. Only the outline and starkes remains now, but this has been made larger and more upright than previous Skoda cars. Another new touch is the optional full-width LED DRL that splits the grille in half and the LED grille lighting. The headlamps themselves are more deep-set and swept-back further than other Skoda cars. There is a similar treatment to the slimmer taillamps as well. Both are full-LED units. 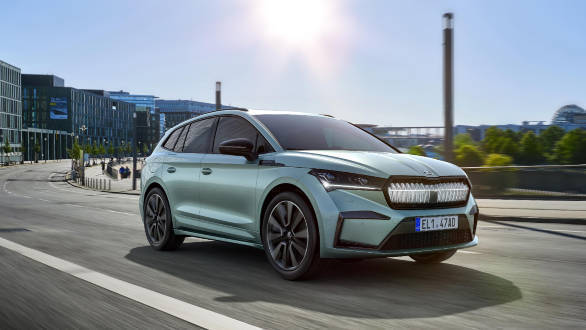 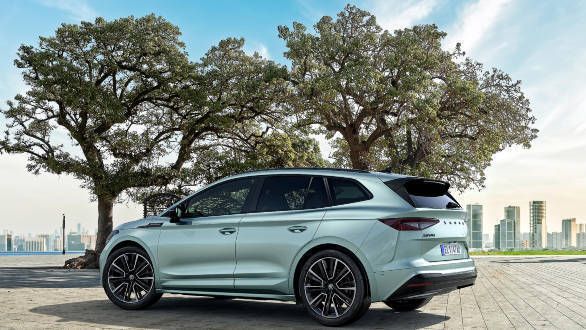 The clean bodylines from newer Skoda cars like the latest Octavia have carried over here as well, but are more pronounced now. The big change with the Enyaq iV though is that the EV architecture has allowed Skoda to give it more aggressive proportions. The distinctive upright stance of the Kodiaq and Karoq have given way to a more aggressively sloping roofline and larger wheels( up to 21 inches). The relatively longer wheelbase has also meant that the wheels have been pushed out further, further accentuated by the short bonnet.

The entry-level version is the Enyaq iV 50 with its 55kWh battery, powering a rear-mounted electric motor with 109kW. With its 340km range, this is aimed at buyers on a budget, who will most likely use this SUV in urban conditions. Then there is the Enyaq iV 60, this has a 390km range while being powered by a 132kW motor and fed by a 62kWh battery pack. The third battery option is an 82kWh unit which when fitted to the Enyaq iV 80, this is best for longer journeys given its 500km range through a 150kW motor. 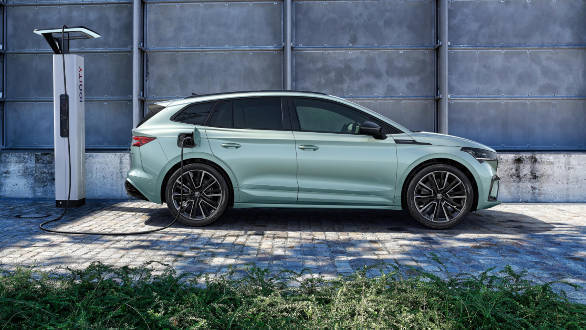 This larger battery pack is used by two other versions, an off-road-focused 80X and the performance-oriented RS, both of which will also be AWD given the addition of a smaller motor on the front axle. The 80X has a 195kW output and while the top-spec RS version has a 225kW output. This version can do 0 to 100kmph in 6.2 seconds and has a top speed of 180kmph. Both the top versions have 460km range.

Like most other new EVs, the Enyaq can be fast-charged from 10 to 80 per cent in 40 minutes via a 125kW charger. An 11kW wall-box unit can also be installed at home that will charge the Enyaq in six to eight hours depending on battery size. Finally, a conventional 230-volt household plug socket can also be used.

The dash has similar slowing, layered design, while the number of physical buttons has reduced. There is a large 13-inch central infotainment screen and a small bank of physical buttons. The new Skoda two-spoke steering wheel makes an appearance here as well. The idea has been to improve the sense of space in the cabin. 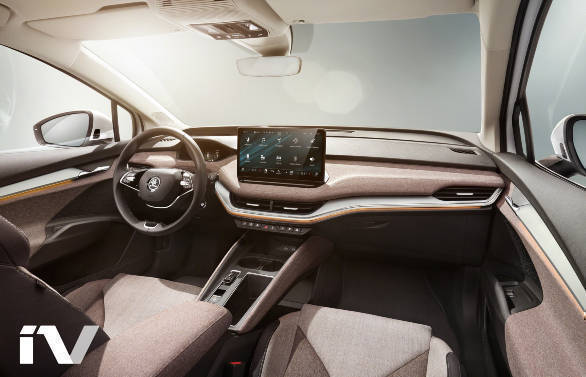 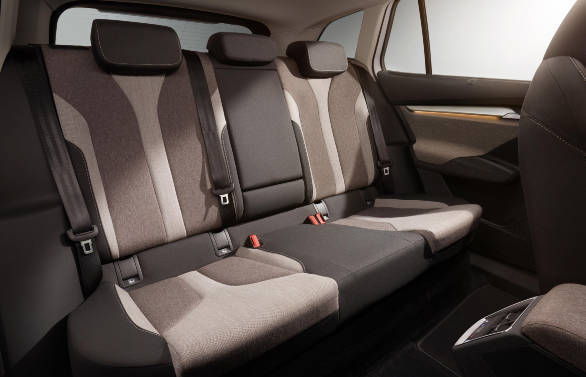 New details are the more recessed 5.3-inch digital driver's display and a new HUD with AR. Now based on the VW Group's MEB architecture, the lack of a central tunnel has freed up space for more cubby holes around the centre armrest. This has also freed up more space for the middle passenger in the second row. Skoda says that the long wheelbase of this platform has freed up more space on the inside as well as in the boot, which is a sizeable 585 litres. Skoda will provide the Enyaq iV with numerous design packages, which will offer customers numerous choices in interior colours and textures. There will be sustainable materials on offer as well. Many of small, useful additions that Skoda makes to its other cars are available here as well. You get the umbrella, an ice-scraper and masses of storage in the cabin and boot. Upto nine airbags and a slew of driver assistance and connected-car tech are also on offer.

The Skoda Enyaq iV will be launched internationally in early 2021, w. As a celebration of the brand's 125th anniversary, a Founder's Edition will be available. This is equipped with unique features and styling and is limited to 1,895 units. With the Skoda-VW combine in India being quite keen to exploit the homologation relaxation offered on import, the Enyaq iV might well make its way here. Although prices are expected to far exceed the Superb's.