Yamaha launched the all-new YZF-R15 v3 at Auto Expo 2018 at an attractive price of Rs 1.25 lakh (ex-Delhi). The third generation R15 has a new deltabox frame, suspension and engine as well. The Yamaha YZF-R15, as a brand has been a resounding success, ever since 2008. However, over the last few years, the competition had caught up and surpassed the YZF-R15 that was surviving on basis of refreshed sticker jobs only.

The 2018 Yamaha YZF-R15 V3, however is set to take on the competition which includes the KTM RC 200 and another motorcycle that's come out of the blue. We are talking about the Aprilia RS 150. Yes, Aprilia showcased the all new RS 150 at the Auto Expo 2018 and closely matches the R15 in terms of spec as well as intent.The RC200 is another competitor that's also built to attack the stopwatch on a race track. We take a look at how these three stack up against each other. 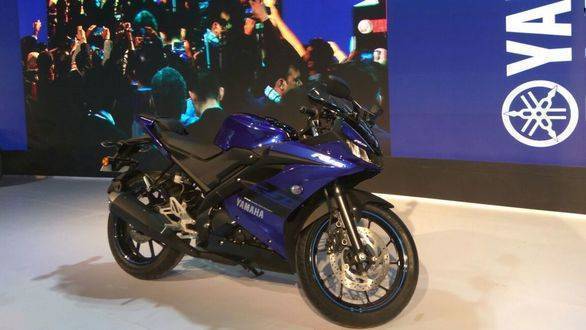 The Yamaha YZF-R15 v3 is designed on the lines of the Rossi's YZR-M1 MotoGP machine. The motorcycle looks sleek and so do the new LED headlamps. The tail section is sharp and not as sharply raked upwards as the R15 v2. 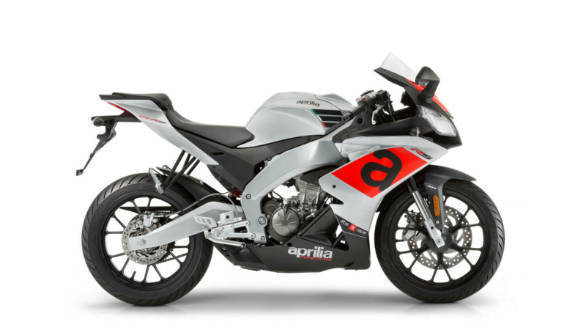 The RC 200 on the other hand is a sleek, focused supersports. Though the design has been around for awhile and the silhouette is familiar, a fresh paint job that it received last year has kept it relevant. That said, the R15 and RS150 are fresh off the oven which instantly shoots up their appeal.

Yamaha's new R15 has a liquid-cooled, four-valve , single-cylinder engine that develops 19.3PS at 10,000rpm and 15Nm at 8,500rpm. It also gets Yamaha's Variable Valve Actuation or VVA technology. It ensures that there's enough top end power without sacrificing low and mid-range grunt.

The RC200's liquid cooled single makes 25PS and 19Nm, which is clearly head and shoulders over the R15 and the RS150. 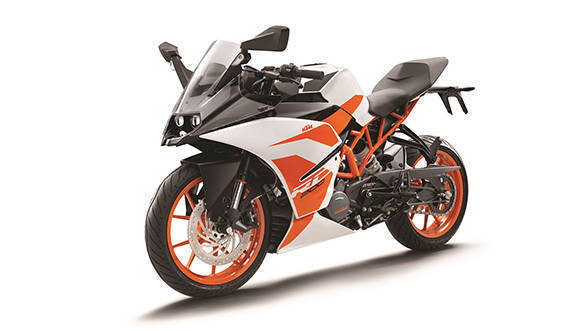 The R15 employs Yamaha's Deltabox frame and going by how good the Deltabox chassis was in the previous R15, we expect the new R15's chassis to possess similar characteristics. The Aprilia also employs a perimeter frame while the RC200 swears by its trellis frame.

All bikes here employ adjustable monoshocks at the rear, however the R15 gets conventional telescopic forks, whereas the Aprilia and KTM employ USD forks that offer greater rigidity. Interestingly, Yamaha offers the R15 with USD forks in international markets.However, in the interest of keeping costs low and pricing the bike competitively, it ditched the USDs for the Indian market.

The Yamaha R15's killer pricing makes it the most affordable of the lot, at the moment. At Rs 1.25 lakh (ex-Delhi) it seems like good value as well. The KTM RC200 is priced at considerable premium, setting you back by Rs 1.76 lakh, about Rs 50,000 more than the R15. You, however, get a bigger engine and more power and if that's what you desire, the RC200 makes an interesting choice. But if you are willing to wait, the Aprilia RS 150 looks promising as well. The prices are not out yet, but we expect Aprilia to price it in between these two motorcycles. An interesting and full blown comparison test will help you decide and be sure to catch that on OVERDRIVE as soon as the Aprilia RS 150 is launched