While on an assignment in Germany we have managed to capture a couple of images of a test mule of the new Mercedes-Benz C63 AMG. For the uninitiated the C63 AMG is the high performance version of the latest gen C-Class that debuted earlier this year. Design wise, expect an angrier and more aggressive version of the C, that itself looks like a scaled down S-Class. Like most AMGs the C63 will feature a swollen bonnet and aggressive bumpers. The car we spotted was running dual exhausts at the rear but other test cars spotted in the past feature quad exhausts. 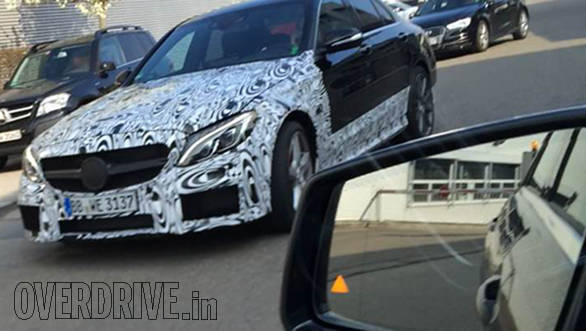 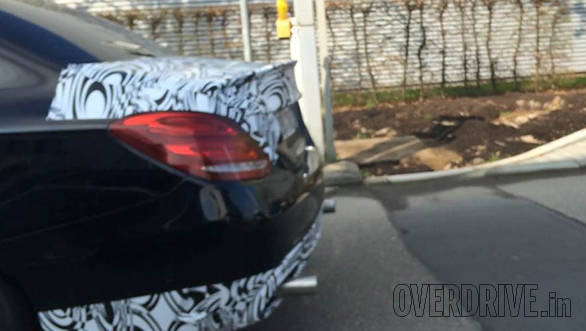 The C63 name is now all the more misleading. While the old car featured a 6.2-litre naturally aspirated V8 as against the indicated 6.3, the new one gets a twin turbo V8 that only displaces 4-litres. We expect a power figure that ranges from 450-490PS with more extreme future variants possibly taking that number beyond 500. Either way that figure should be higher than both the new BMW M3/M4 and Audi RS4/RS5, the C63 AMG's natural rivals. Mercedes will not be offering a manual and we believe the car will ship with a seven-speed automatic. This powertrain will also appear in the upcoming AMG GT mid level sports car that is also due for an unveil later this year.