Barely a few days ago, the Internet was abuzz with news about the all-new Swift and the sketches which were leaked. The new Suzuki Swift is a radical departure from the original car's iconic design and indeed has some interesting elements from the Baleno hatchback. 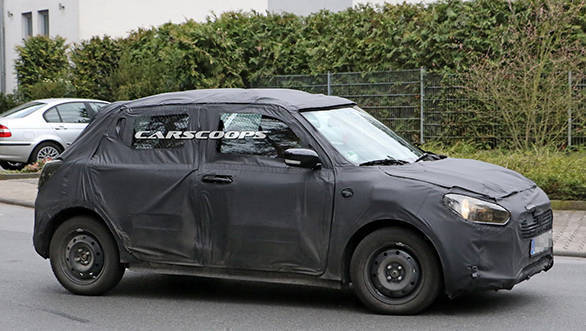 The new Suzuki Swift will debut in 2017 and will most likely be shown in concept form at the Paris Motor Show. The leaked images shows a new grille which is wider and more prominent than of the outgoing model. Headlamps of the new Suzuki Swift though look like an evolution of the previous model and also feel similar to the Hyundai Elite i20's units. The car doesn't necessarily look like a generation bigger than the current one, as is usually the norm when a model change happens. For example, the Hyundai Elite i20 and old i-gen model. While this mule was heavily camouflaged, the fog lamp housing can still be seen and they look very much the same as in the sketches. The side profile also has undergone revisions with the car looking a bit boxy than rounded. Suzuki designers have used the hidden rear door handle concept for the new Swift. The car also looks a bit more longer than before. 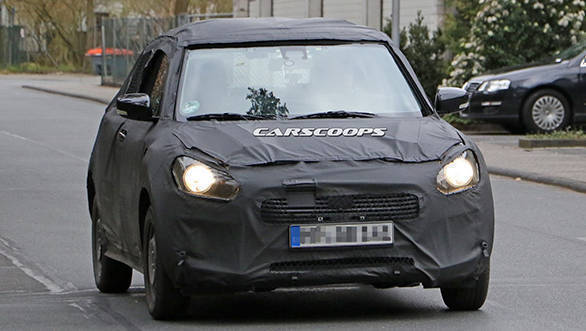 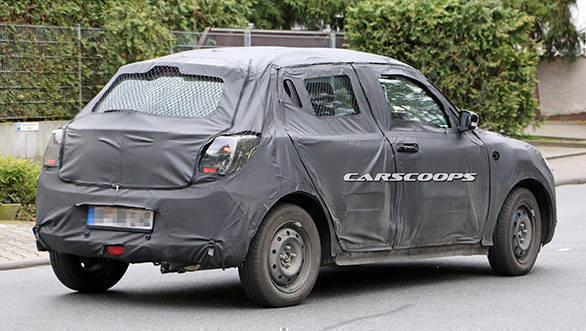 Taillamps of the new Swift have also been revised (Baleno-effect) and seems to have blackened out elements. The sketches showed a dual exhaust port, however, the spy shots show a single unit. It may be likely that the dual exhaust treatment may be limited to the top variants only. While there are no specific spy photos of the car's interiors, the sketches show a vast change. The dashboard looks clutter free, there is a new flat-bottomed steering wheel on offer with all the necessary buttons on it and the instrument cluster is also a pop-out kind of unit. The climate control unit resembles that of the Baleno. Expect a tad more space at the rear for the new-generation Swift. Boot space should more or less remain the same as before. 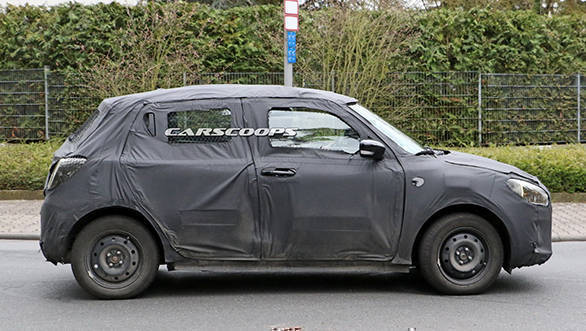 Headlining the changes will be the introduction of new Boosterjet petrol engines. While the global markets may have various choices, Maruti Suzuki will likely limit our choices to a new Dualjet petrol motor which is currently in use in European Swift and Celerio. This engine will make 85PS of power and is said to be a fun-to-drive unit coupled with excellent fuel economy. Perfect then for the Swift's legendary handling skills! Boosting the prospects will also be the Boosterjet motor which should also compel Maruti to launch the Swift Sport in India.  The diesel will most likely be the new 1.5-litre motor which Maruti has been developing for quite some time. It will produce 100PS thereabouts and will be used in other models in the Maruti range as well. 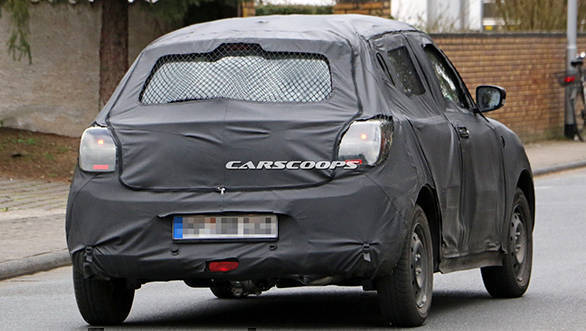 Expect Maruti Suzuki to launch the new Swift in India in late 2017, the same time when other markets will also get the car. If not, then you know what to look out for at Maruti's stall at Auto Expo 2018.